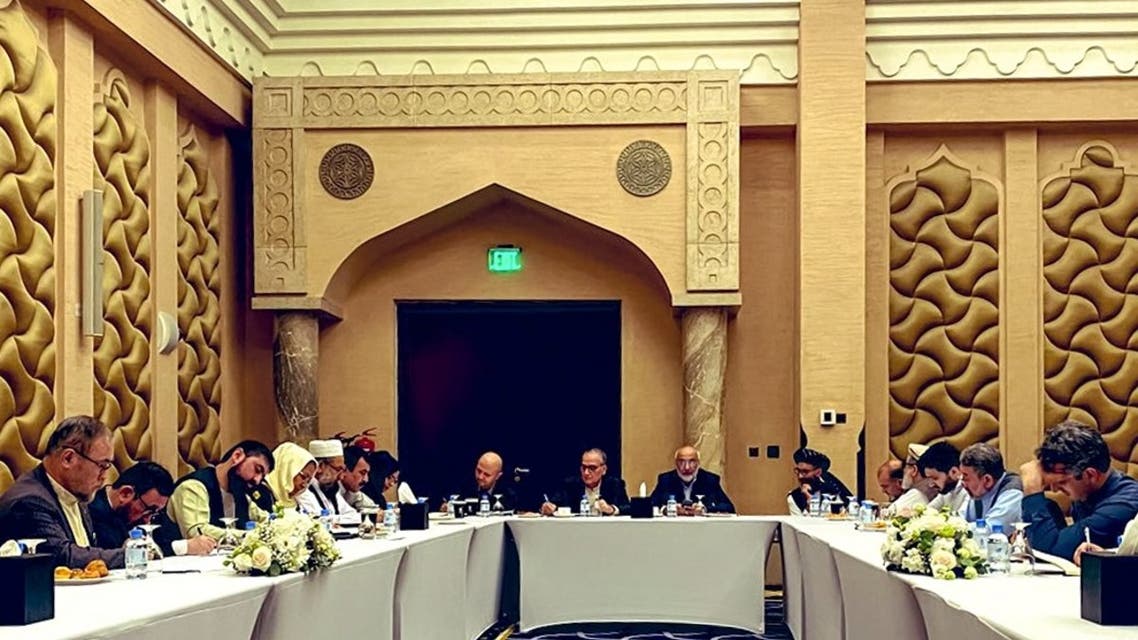 A file photo shows negotiators from the government of Afghanistan prepare before their meeting with representatives of the Taliban (unseen) in Doha. (Afghanistan Peace Negotiation Team/AFP)

Afghan government and Taliban representatives said on Wednesday they had reached a preliminary deal to press on with peace talks, their first written agreement in 19 years of war.

The agreement lays out the way forward for further discussion but is considered a breakthrough because it will allow negotiators to move on to more substantive issues, including talks on a ceasefire.

“The procedure including its preamble of the negotiation has been finalized and from now on, the negotiation will begin on the agenda,” Nader Nadery, a member of the Afghan government’s negotiating team, told Reuters.

The agreement comes after months of discussions in Doha, the capital of Qatar, in negotiations encouraged by the United States. In Afghanistan, the two sides are still at war, with Taliban attacks on government forces continuing unabated.

Taliban insurgents have refused to agree to a ceasefire during the preliminary stages of talks, despite calls from Western capitals and global bodies, saying that that would be taken up only when the way forward for talks was agreed upon.

World must not turn away from Afghanistan, urges UNHCR

UN envoy for Afghanistan Deborah Lyons welcomed the “positive development” on Twitter, adding that “this breakthrough should be a springboard to reach the peace wanted by all Afghans.”

Last month, an agreement reached between Taliban and government negotiators was held up at the last minute after the insurgents balked at the document’s preamble because it mentioned the Afghan government by name.

The Taliban refused to refer to the Afghan negotiating team as representatives of the Afghan government, as they contest the legitimacy of the administration led by President Ashraf Ghani.