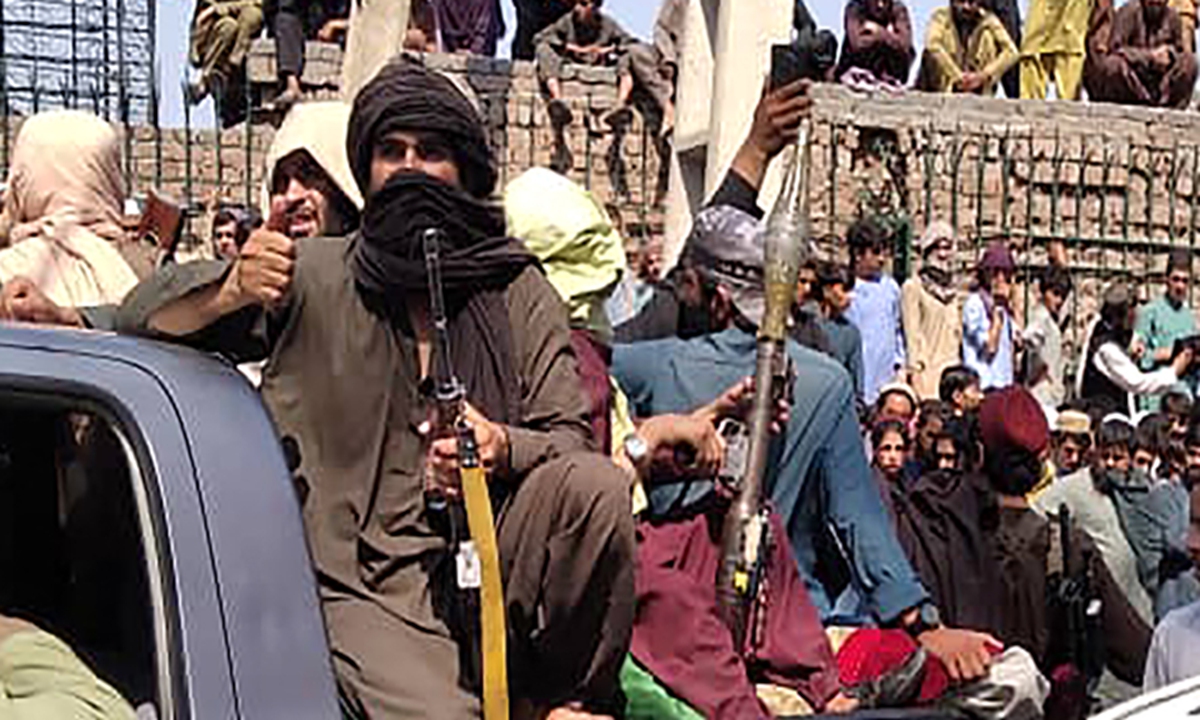 Taliban fighters sit on a vehicle along the street in Jalalabad province on Sunday. Photo: AFP

The Afghan Taliban’s military offensive has been moving faster than observers worldwide have expected, and it looks like it is just a matter of time before Kabul is taken, as latest reports from foreign media showed that the Taliban fighters have entered the capital and are negotiating with Afghan government officials on a peaceful transition of power.