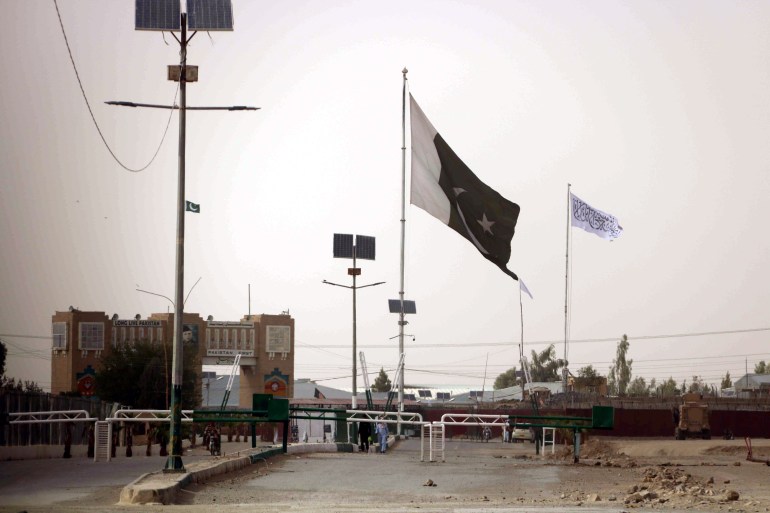 A Taliban flag, iin white, raised at the Afghan side of the Pakistan-Afghanistan border at Chaman, Pakistan [File: Akhter Gulfam/EPA]

As violence from a Taliban offensive on government-held areas surges in Afghanistan, the use of the Twitter hashtag #SanctionPakistan by thousands has shown the antipathy many Afghans hold for the perceived role of the country’s eastern neighbour.

As of Wednesday, the hashtag had been used more than 730,000 times, with at least 37 percent of those tweets tagged as originating in Afghanistan, according to data from the social media insight company, Talkwalker.