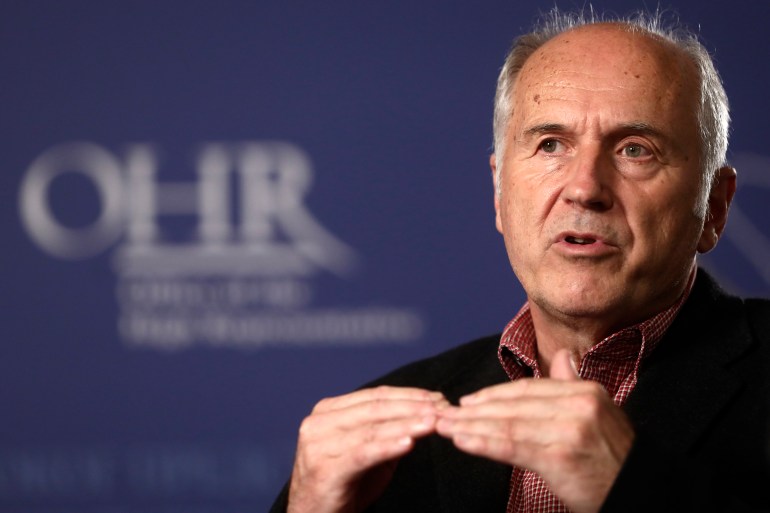 On July 23, the outgoing head of Bosnia’s Office of the High Representative, Valentin Inzko, criminalised the denial and glorification of genocide in the country. [AP Photo]

On July 23, the Office of the High Representative (OHR), the top international body overseeing the implementation of the peace agreement that ended Bosnia’s war, criminalised the denial and glorification of genocide in the country. The outgoing OHR head, Valentin Inzko, announced that he has introduced jail terms for anyone who “publicly condones, denies, grossly trivialises or tries to justify” the genocide or other war crimes committed in Bosnia and Herzegovina. “Genocide in Srebrenica, war crimes and crimes against humanity … must not be forgotten or denied,” his decree read. But why did Inzko feel the need to make such a move, some quarter of a century after the end of the war?