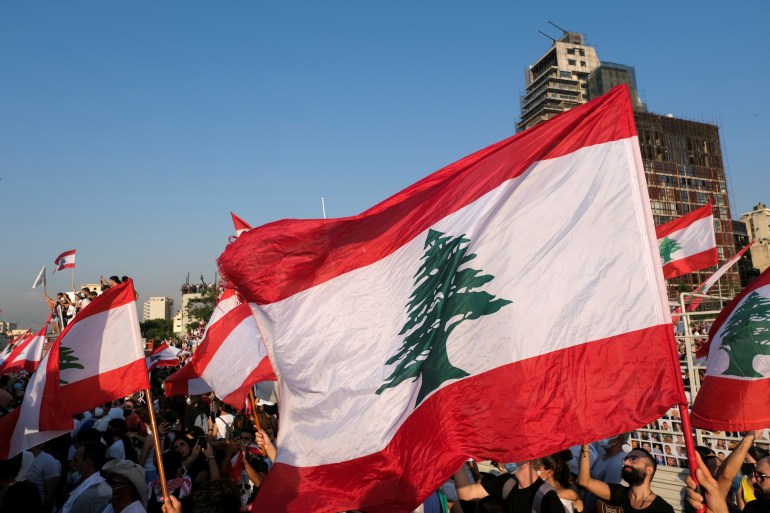 People carry national flags as they hold a moment of silence marking the one-year anniversary of Beirut’s port blast, near the site of the explosion in Beirut, Lebanon August 4, 2021 [File: Emilie Madi/Reuters]

The European Parliament has adopted a resolution calling for the EU to adopt targeted sanctions on Lebanese officials engaged in corruption and obstructing the Beirut Port explosion investigation.

In a vote on Thursday, 571 out of 681 members of European Parliament backed the resolution, which condemned Lebanese political parties for the country’s devastating economic crisis, which has plunged about three-quarters of the population into poverty and for delaying any semblance of economic recovery and accountability.