Haiti’s top diplomat has called on the United Nations Security Council for help dealing with the country’s spiralling gang violence and crime.

Foreign Minister Claude Joseph told the 15-member body on Monday that the existing UN political mission needs to pivot towards strengthening security and law enforcement institutions in Haiti, which is also in the midst of a political crisis made deeper by the assassination of President Jovenel Moise in July.

Still reeling from the assassination of President Jovenel Moïse, on 7 July, the country was crippled on 14 August by a deadly 7.2 magnitude earthquake that affected over 800,000 people in its southwestern peninsula.

Helen La Lime, Special Representative and head of the UN Integrated Office in Haiti (BINUH) said that “long awaited” national and local elections have now been further postponed while “insecurity has become rampant in Port-au-Prince, as kidnappings are once again on the rise and gangs have extended their control over large swaths of the city.”

© UNICEF/Georges Harry Rouzier. Family sits in the rubble of the house they lost in a 7.2 magnitude earthquake in Haiti
“When children and families are sent back without adequate protection, they find themselves even more vulnerable to violence, poverty and displacement – factors that drove them to migrate in the first place”, said Executive Director Henrietta Fore.
UNICEF: Haiti children vulnerable to ‘violence, poverty and displacement’ | | UN News 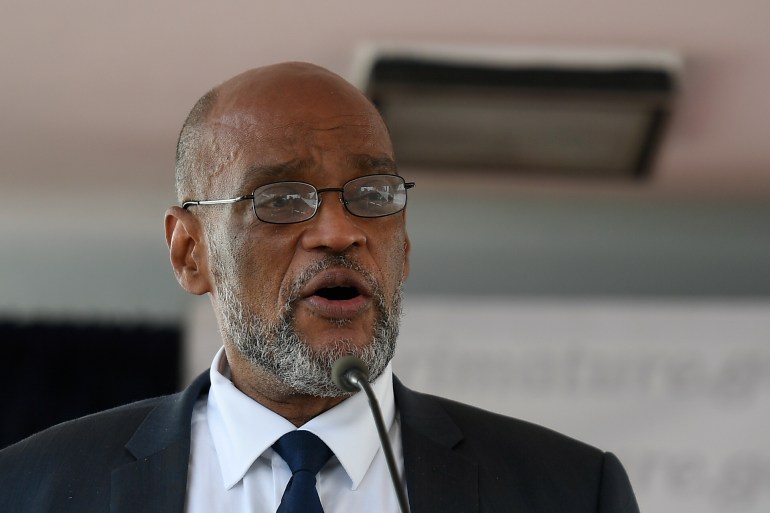 Haiti’s Prime Minister Ariel Henry has replaced the country’s justice minister, days after firing a chief public prosecutor who had called for Henry to be charged in connection with the July assassination of President Jovenel Moise.

The latest fractures in a deepening political crisis in the Caribbean nation also included the resignation of the secretary-general of Haiti’s Council of Ministers, Renald Luberice, who said in a letter on Wednesday he could not remain under the direction of a prime minister who “does not intend to cooperate with justice, seeking, on the contrary, by all means, to obstruct it”.