The Hong Kong Exchanges and Clearing (HKEX), the operator of Asia’s third-largest stock exchange, on Monday launched its first A-share derivatives contract, offering global investors an appealing risk management tool that attests to China’s economic rebalancing, as the Hong Kong Special Administrative Region (HKSAR) muscles in as an international financial hub that backstops the globalization of the country’s capital markets.

The new logistics centers are believed to be able to boost the intermediary trade in Hong Kong and to strengthen Hong Kong’s status as the international aviation hub of the Guangdong-Hong Kong-Macao Greater Bay Area (GBA).

Seven Hong Kong democracy campaigners, including former lawmakers, were sentenced on Saturday to up to 12 months in jail for their role in a protest last year against a sweeping national security law imposed by China.

The seven had pleaded guilty to charges that included organising the unauthorised assembly on July 1, 2020, when thousands of protesters took to the streets.

The Hong Kong Police Force (HKPF) National Security Department has so far received over 180,000 messages reporting possible clues for national security issues, and it has vowed to push forward an all-out campaign in mobilizing the residents in joining the counter-terrorism work, according to a statement the HKPF sent to the Global Times on Tuesday night.

The human rights lawyer, who was arrested on 8 September, was a member of the Hong Kong Alliance, an advocacy group which organized an annual candlelight vigil marking the 1989 protests in Tiananmen Square.

Several other activists have been similarly arrested and charged under the National Security Law.

The law came into force at the end of June last year, giving Chinese central authorities greater power and control over all aspects of life in Hong Kong.

“Terrorism and sedition charges are being improperly used to stifle the exercise of fundamental rights, which are protected under international law, including freedom of expression and opinion, freedom of peaceful assembly and the right to participate in public affairs”, the Special Rapporteurs said, urging authorities to refrain from the using the National Security Law and to reconsider its application.

In her latest policy address on Wednesday, Chief Executive of Hong Kong Special Administrative Region Carrie Lam unveiled a plan to transform northern Hong Kong into a metropolis covering about 300 square kilometers. Experts noted that it is the best time in Hong Kong for this ambitious plan, which is expected to be a historic opportunity for the city to get back on track.

The closure of Apple Daily is symbolic of the rapid decline of press freedom in Hong Kong since the enactment of the National Security Law on 1 July 2020.

The Hong Kong Special Administrative Region (HKSAR) government on Monday issued its first business environment report since the city’s return to the motherland, saying that the implementation of the national security law has helped improve business environment in the city after damages caused by the riots in 2019 and the US’ unreasonable sanctions. 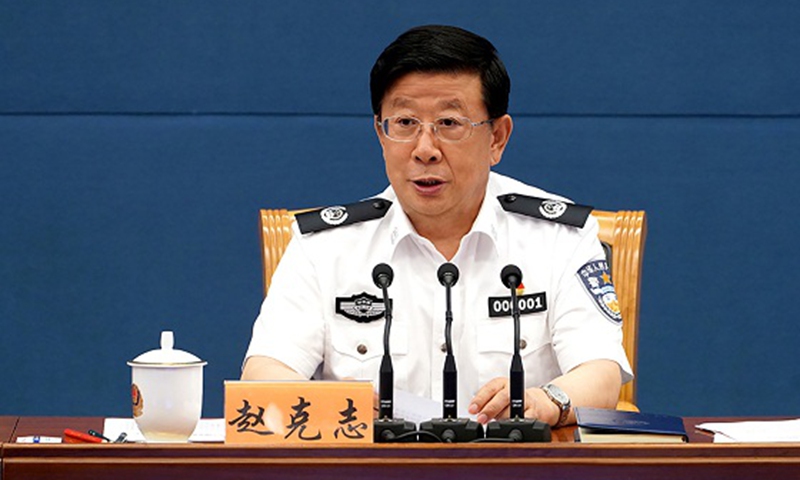 The police force must focus on cutting off the hostile mastermind home and abroad who harmed national security and smashing plot of launching the “color revolution” in Hong Kong, Chinese Public Security Minister Zhao Kezhi said on Sunday. He called on the police to continue to shoulder responsibility in helping to maintain the stability of the special administrative region and cracking down on radical secessionists.