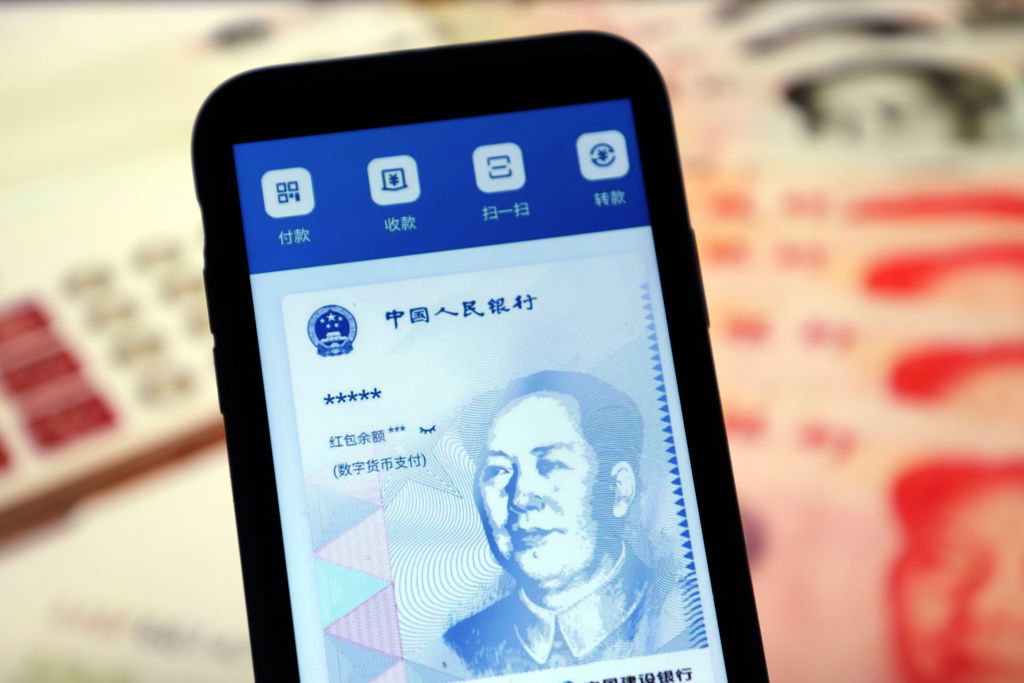 So far, public policy debates on the future of DCEP have focused on its implications for internationalisation of China’s currency. Yet, the most consequential developments relate to how DCEP appears to be emerging as a leading financial technology. With the global expansion of China’s technology giants like Ant Group and Huawei, DCEP has the potential to transform the global financial system independently of external use of the RMB. Other countries seeking to launch their own CBDCs may adopt the DCEP stack rather than develop independent technologies, making China the world’s first exporter of central bank monetary technology optimised for surveillance down to the level of the individual user.

Thinking strategically about DCEP requires a paradigm shift in terms of how CBDCs are understood—as technological systems, not just digital money.

The system-building intentions behind DCEP have been almost literally lost in translation. Instead, consensus has arisen between interlocutors inside and outside of China that DCEP is almost exclusively a domestic undertaking, and will only go as far as internationalisation of China’s currency can carry it. This is short-sighted, however, because it is clear that cross-border applications are already envisioned. The PBOC has joined with the Central Bank of the United Arab Emirates, the Hong Kong Monetary Authority and the Bank of Thailand in a CBDC-based, real-time foreign exchange project using distributed ledger technology. Furthermore, former PBOC governor Zhou Xiaochuan has predicted that tourism will be the earliest instance of DCEP expansion outside of China. A third potential line of expansion is as a medium of exchange for countries more deeply integrated into China’s Belt and Road Initiative.

Though use cases for DCEP are still being developed, the global expansion of DCEP technology may not be as speculative as it sounds, due in large part to the role that China’s multinational tech giants already play in DCEP’s development and deployment. At the April 2021 Digital China Summit, a national tech exhibition, China’s leading private payment service providers, Ant Group (Alipay) and competitor Tencent (WeBank, WeChatPay), claimed that they have provided the DCEP project with key technical support throughout its development.

Details from Ant, in particular, highlight the role of private tech companies in supporting, and even driving, the research and development that underpins some of China’s most ambitious mega-projects. Ant joined DCEP R&D in 2017 and Ant’s mobile app development platform mPaaS and its OceanBase database were used by the PBOC’s Digital Currency Research Institute. Ant, along with Tencent, was involved in testing of DCEP through pilot trials. PBOC announcements have confirmed that Huawei and JD.com are also involved in DCEP trials and development.

These examples demonstrate that tracking DCEP requires expanding the view beyond statements specifically tailored for external audiences. More attention should be directed instead towards evidence of actual network-building—technology partnerships and platforms that can potentially be leveraged in support of implementation.

Analysts should also ask what role these private companies may play in disseminating China’s CBDC technology domestically within China and globally. This is especially important given the large-scale expansion of these companies—three of them (Huawei, Ant and Tencent) have been found by researchers at ASPI’s International Cyber Policy Centre to have over 1,300 points of overseas presence. Companies like Ant and Huawei, for example, are already at the forefront of digitisation in Africa and the Middle East.

DCEP is integrated with Ant’s Alipay, and, over time, China’s new PBOC-controlled financial technology could potentially travel anywhere that Alipay users travel. In countries that receive large numbers of Chinese tourists, more sectors of the economy may be willing to adopt DCEP-compatible technology.

Alipay is already accepted in airports in Europe. Should the RMB ever become more freely convertible abroad, consumer transactions in RMB could become ubiquitous in countries where the local currency is a less certain store of value. Through Alipay, WeChat Pay and newer payment service apps developed specifically for use with DCEP, more transactions could ultimately be taking place through China-based banks, without the need for local intermediaries.

Huawei, though less well known for mobile payments than Ant, represents another use case for DCEP abroad as a component of other countries’ digital economy infrastructure. Huawei is a strategic partner of the PBOC Digital Currency Research Institute, with DCEP-related projects in distributed databases and networks, in addition to DCEP-enabled mobile phones.  The company is also already a provider of end-to-end mobile money services in Ethiopia. According to Huawei’s own marketing, Huawei Mobile Money was ‘commercially deployed’ across 19 countries in 2018; more recent reports indicate that the company has continued to expand in payments services across Africa, and in global money transfer.

The spread of DCEP’s capabilities, and standards, is where the technology’s real value for the party-state lies. Though this fact is repeatedly denied by PBOC officials, DCEP is moving in the direction of global application with or without an internationalised RMB. The strategic implications extend in multiple directions: technology, norms, trade, finance and infrastructure. Ultimately, debates about DCEP are debates about how the embedded features of technological systems—and political systems—should direct the evolution of economic rights and privacy.