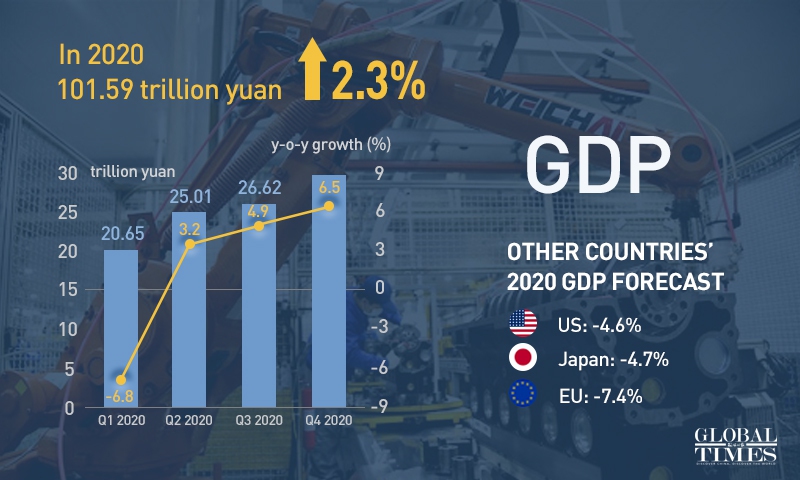 China’s economy was firing on all cylinders in the final quarter of 2020, as solid domestic investment, buoyant home consumption and surging exports helped lift economic growth to 6.5 percent.

The world’s second-largest economy returned to its pre-COVID-19 trajectory of growth, expanding by an impressive 6.5 percent from October to December in 2020. It picked up momentum from an expansion of 4.9 percent for July-September and 3.2 percent for April-June, according to data released by the National Bureau of Statistics (NBS) on Monday.

The economy plunged 6.8 percent in the first three months of last year, battered by the COVID-19 outbreak.

The fourth-quarter data was mainly buoyed by an export uptick, while the role of fixed-asset investment fell compared with the first half as local government-led infrastructure projects slowed down, Tian Yun, vice director of the Beijing Economic Operation Association, told the Global Times.

Consumption was on track to revive in the fourth quarter, yet it had not returned to the pre-virus level, according to Tian.

“The key to China’s economic reboot in the fourth quarter lay in a better-than-expected export performance, mainly thanks to China’s systemic advantage that curbed the spread of the deadly virus in the early stages and paved the way for a quick manufacturing resumption,” Tian explained.

He stressed that the sharp contrast between China and other countries’ economic performances laid bare the gap in how a country handles the coronavirus. 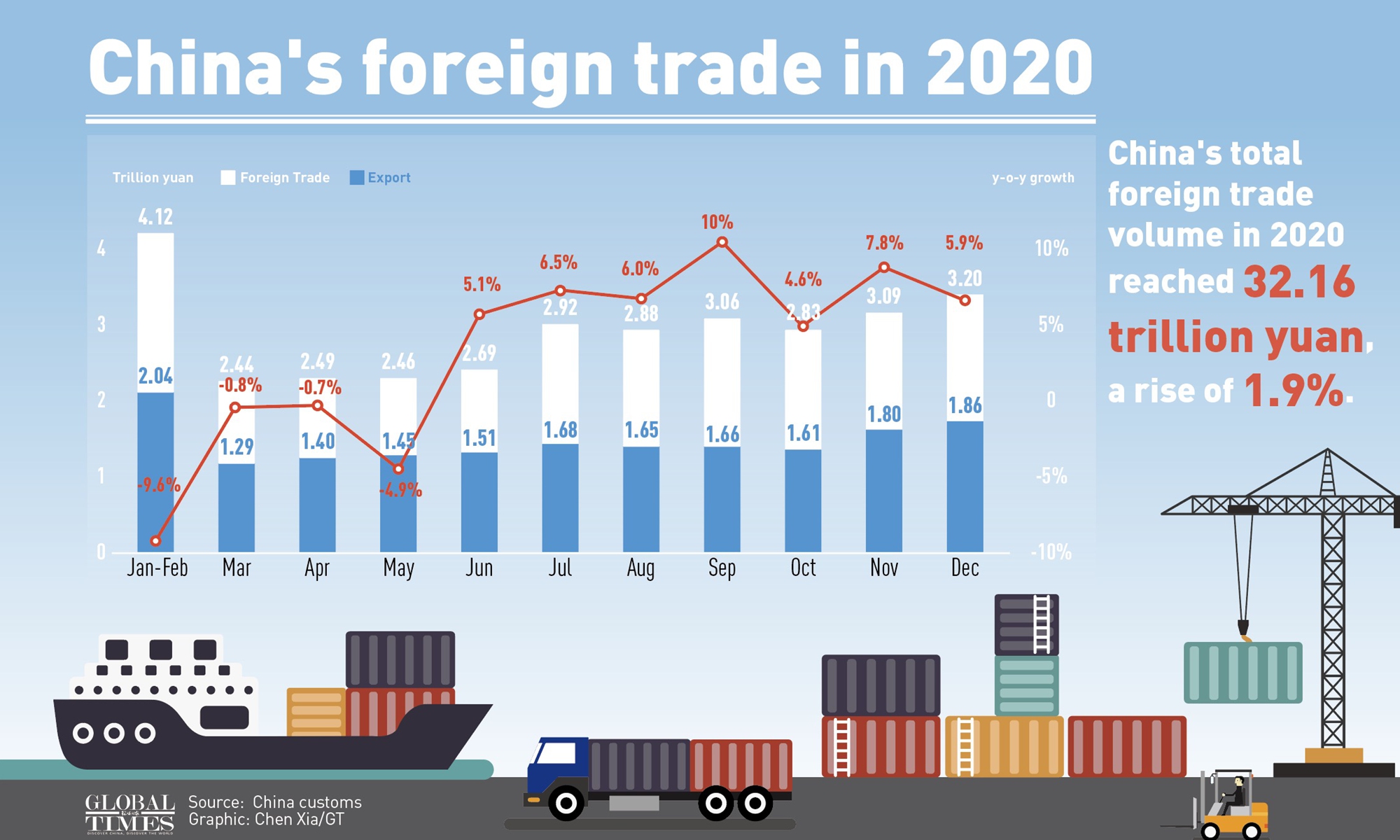 In December, China’s exports grew at a better-than-expected pace of 18.1 percent year-on-year, according to customs data released on Thursday.

Analysts expect exports to serve one of the factors driving the economy in the first half of 2021, as the onslaught of the coronavirus shows no sign of abating overseas and will continue to drive up overseas demand for daily necessities and personal protective equipment. Meanwhile, China’s consumer market will keep gaining momentum with the rollout of vaccines, according to Tian.

Nevertheless, new coronavirus cases in northern China, which have disrupted traffic and industrial activities, may cloud the country’s economic recovery in the short term, analysts noted.

“It could drag down GDP growth in 2021 by 0.1 to 0.2 percentage points, but never would a tragedy similar to the beginning of 2020 happen again,” Tian stressed.