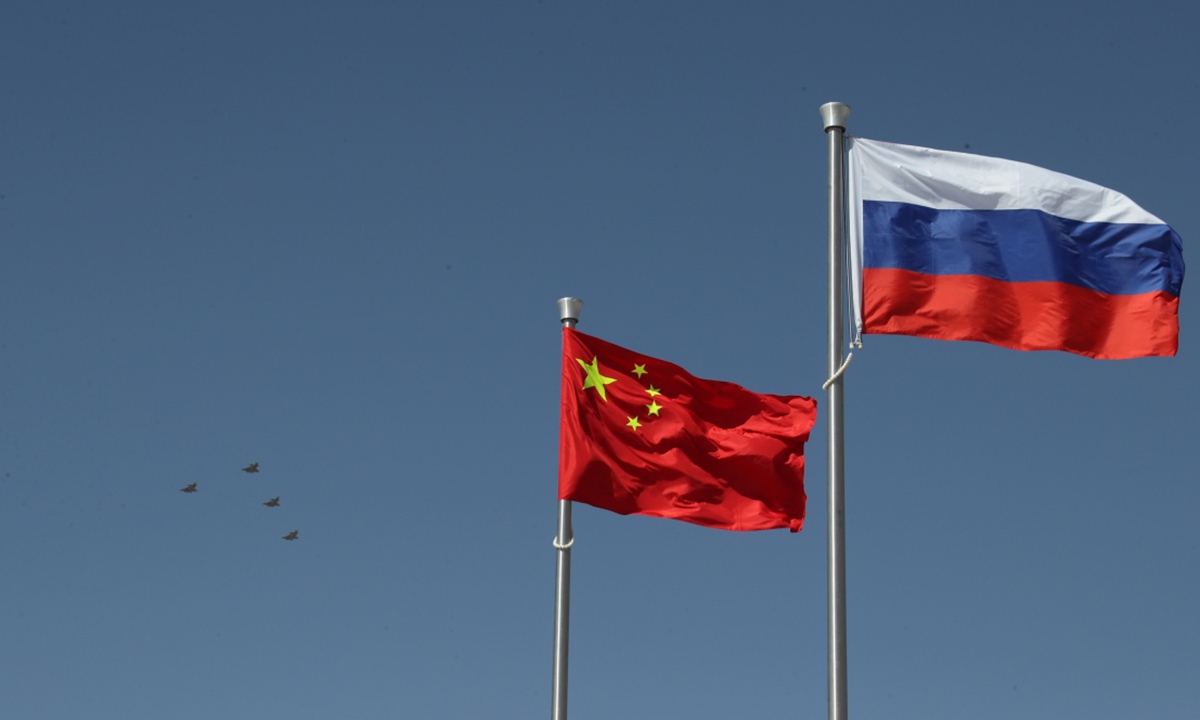 The exercise ZAPAD/INTERACTION-2021 kicks off at a combined arms tactical training base of the PLA Army in Qingtongxia City of West China’s Ningxia Hui Autonomous Region on August 9, 2021. Pictures show that the participating troops from China and Russia parade at the launch ceremony in 13 ground phalanxes, together with two air echelons. (eng.chinamil.com.cn/Photo by Liu Fang)

Liu Xuanzun and Guo Yuandan
China and Russia on Friday wrapped up the five-day Zapad/Interaction-2021 joint strategic exercises in Northwest China with the live-fire phase featuring some of the most advanced weapons in the world and strong, saturation firepower that analysts said would be overwhelming to any enemy. The drills displayed not only on a strategic level, but also on tactical and technical levels that China and Russia are no allies but better than allies, and are capable of jointly tackling regional security issues including terrorism as well as global challenges brought up by countries like the US, Chinese experts said.
China, Russia joint drills conclude with live-fire anti-terrorism operation featuring J-20 – Global Times