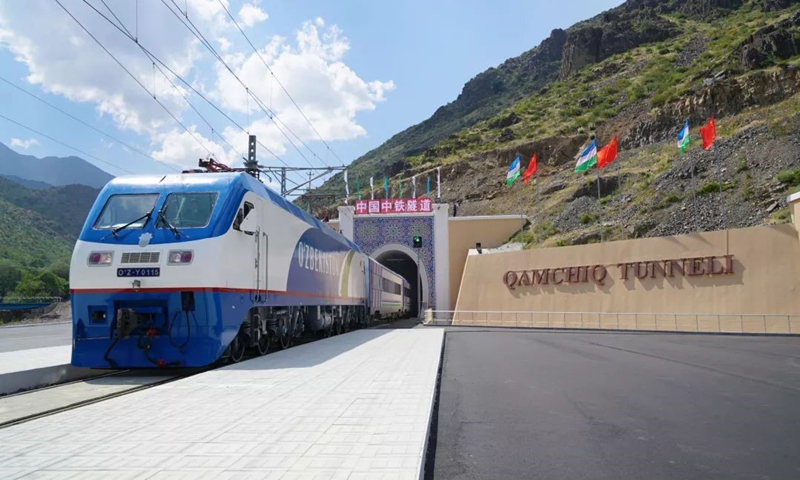 Running through the mountains in Central Asia, the Angren-Pap railway line is a milestone project between China and Uzbekistan built under the Belt and Road Initiative. It is also part of an international transport corridor along the Silk Road that links up China, Central Asia and Europe. The railway line’s main tunnel, the Qamchiq Tunnel, is the first railway tunnel in Uzbekistan. Extending 19.2 kilometers, it is the longest tunnel in Uzbekistan and Central Asia. A miracle in the history of tunnel building, it is known as “President Project No.1.”

‘President Project No.1’ in Belt and Road Cooperation – Global Times