A Colombian court has accused 10 members of the military and a civilian of forcibly disappearing 24 people and murdering at least 120 civilians and falsely presenting them as fighters who had been killed in combat.

It is the first time that the Special Jurisdiction for Peace (JEP) tribunal in Bogota accused members of the army of being involved in the so-called “false positive” scandal. 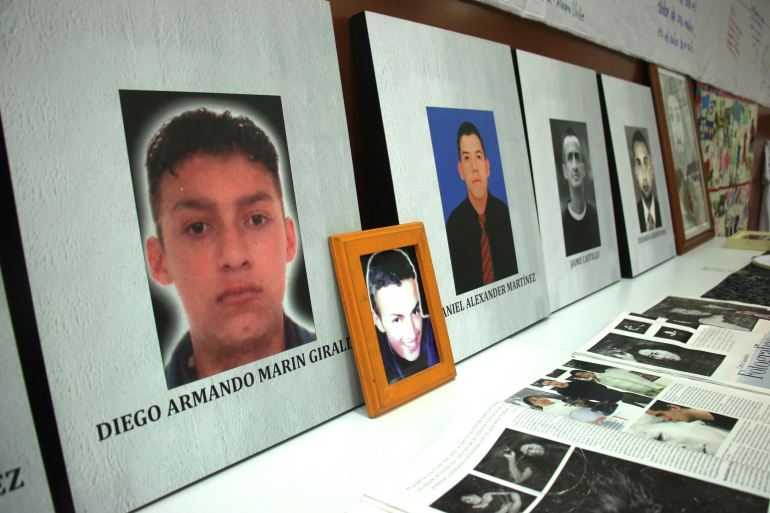 A transitional peace court has concluded that more than 6,400 civilians were extrajudicially killed by the Colombian military between 2002 and 2008 [File: Christina Noriega/Al Jazeera]