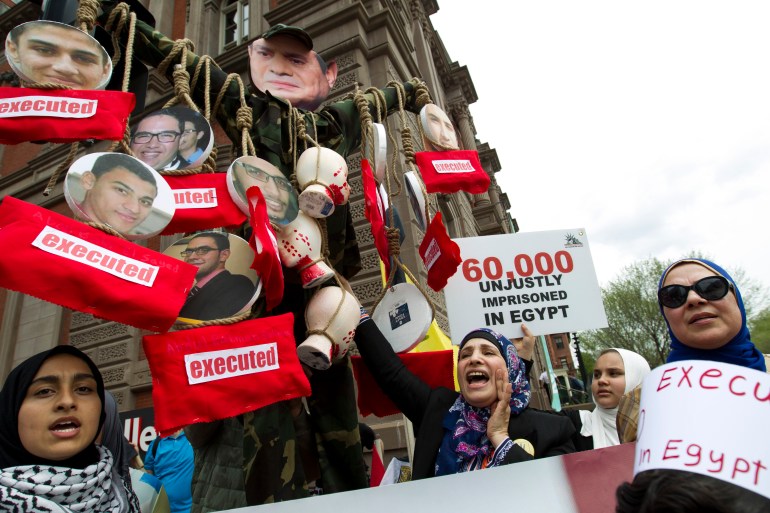 The Egyptian ambassador to the United States has suggested US legislators trying to curtail Washington’s $1.3bn in annual aid to Cairo are being “deceived by lies and falsehoods” propagated by members of a “terrorist organisation”. A thread of tweets on Wednesday, attributed to Ambassador Motaz Zahran, but sent from the official account of the Egyptian embassy in Washington, DC, hailed decades of close ties while praising “the tremendous support to bolster the bilateral relations” shown by the administration of President Joe Biden and “the overwhelming majority of Congressional members”.