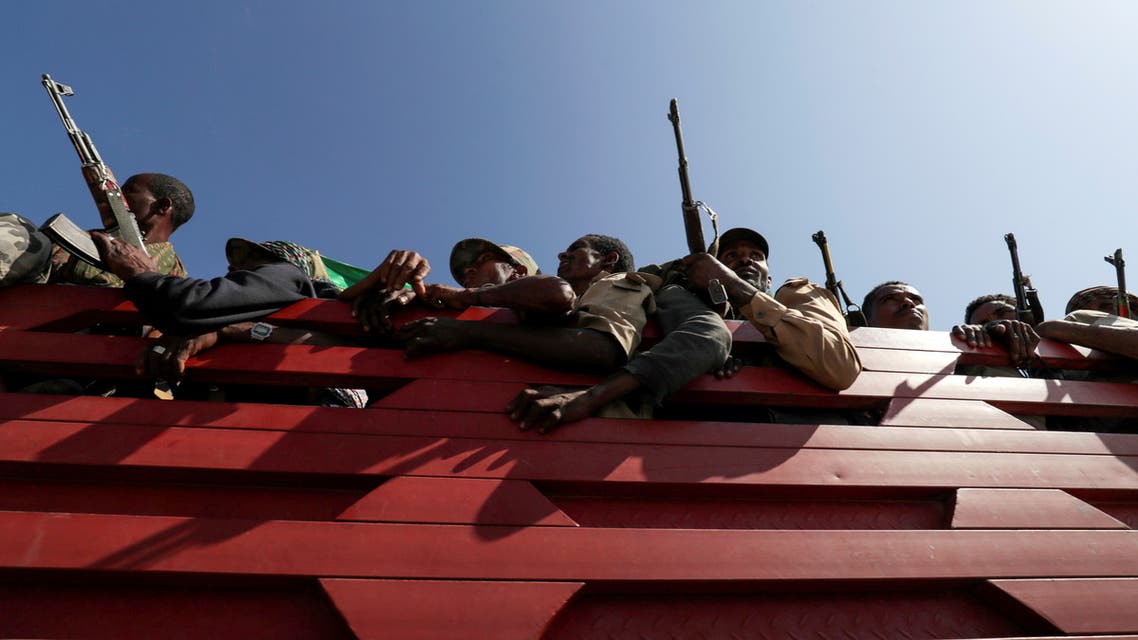 Militia members from Ethiopia’s Amhara region ride on their truck as they head to face the Tigray People’s Liberation Front (TPLF), in Sanja, Amhara region near a border with Tigray, Ethiopia, November 9, 2020. (Reuters)
Several thousand combatants have been killed in Ethiopia’s embattled Tigray region, an official with the fugitive regional government is asserting, although claims remain difficult to verify after a month of fighting between Ethiopian and regional forces.
https://englishbeta.alarabiya.net/en/News/africa/2020/12/04/Thousands-killed-in-Ethiopia-s-conflict-Tigray-side-asserts

WHO, UAE deliver aid to refugees fleeing Ethiopia to Sudan