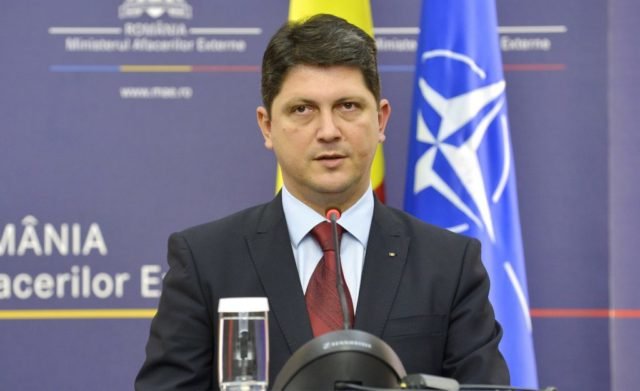 The Parliamentary Assembly of the Council of Europe’s (PACE) co-rapporteurs in charge of monitoring Georgia, Titus Corlatean (Romania) and Claude Kern (France), called on all Georgian political parties to accept the parliamentary seats they won in the recent elections (first round on October 31, second round on November 21) and to enter the new legislature. “These elections have resulted in a diverse parliament where the ruling majority will face a strong opposition that can ensure proper parliamentary oversight. The only appropriate forum for this, as well as for debating and challenging diverging political views, is the parliament. For the sake of Georgia’s democratic consolidation, we therefore call on all parties to accept the mandates they won in these elections and enter into the new parliament,” the co-rapporteurs underscored in a statement (Radio Tavisupleba, November 24).

Yet the Georgian opposition has refused to recognize the legitimacy of the 2020 parliamentary elections, claiming that the vote was rigged. Opposition parties now demand repeat elections, the dismissal of the Central Election Administration’s (CEA) head, Tamar Zhvania, and the re-composition of the election administration. All opposition deputies elected on October 31 have refused to take up their parliamentary mandates and warned the authorities about the start of mass protests (see EDM, November 5)

Georgia’s Western partners consider the decision of the opposition leaders too radical. The United States’ ambassador to Tbilisi, Kelly C. Degnan, as well as the head of the European Union’s delegation to Georgia, Karl Harcell, have offered to mediate between the ruling Georgian Dream (GD) party of billionaire Bidzina Ivanishvili and the opposition parties. But initial negotiations at the residence of the US ambassador ended in vain: the ruling party refused to schedule new elections for spring or autumn 2021, as the opposition is proposing (Agenda, November 14)

At the same time, GD has defensively pointed to the conclusions released by PACE’s election observer mission, according to which the parliamentary elections, though exhibiting some violations, on the whole were free, competitive and reflected the opinion of voters. Moreover, for the first time in Georgian history, nine political parties won seats in the national legislature.

Of course, not everyone in Tbilisi agrees with these assessments of the former president. But many experts are trying to answer why the position of the US and the EU toward Ivanishvili’s Georgia apparently differs from their attitude towards Alyaksandr Lukashenko’s Belarus, where the West has come out more-or-less wholly in support of the opposition.

Political consultant Gela Vasadze said, in a November 29 interview with this author, that unlike Belarus, Georgia remains a strategic partner of the West. “It is very important for our partners that there are [functioning] institutions in Georgia, including a legislative body. Therefore, they [Western governments] are calling on our country’s political actors to resolve all their issues with the help of already existing legal institutions and instruments of democracy,” Vasadze claimed. Moreover, he argued that Georgia’s court system cannot be trusted to settle any challenges to how the elections proceeded.

Other observers have posited that the West is interested in quickly resolving the crisis in Georgia as more attention has been diverted to the important geopolitical events surrounding Karabakh. This opinion was seemingly confirmed during the US Secretary of State Michael Pompeo’s November 17–18 visit to Tbilisi (Interpressnews.ge, November 17). Notably, Pompeo did not meet at all with the Georgian opposition while in Georgia, nor did he criticize the authorities for any election violations (Agenda November 18). Moreover, Ambassador Philip Reeker (State Department Bureau of European and Eurasian Affairs) personally urged the opposition not to give up their parliamentary mandates and to start working in the national legislature (Civil.ge, November 18)

Paata Zakareishvili, a former Georgian state minister for reconciliation and civil equality, is sure that GD will not make concessions to the opposition on the issue of scheduling new elections. Zakareishvili argued, “The ruling party has already violated agreements with the opposition many times, including when it promised to hold fully ‘proportional elections’ via party lists. There are no signs that they are now ready to compromise, which will threaten their power.” Nonetheless, the former state minister stipulated that it will be in the interests of the opposition to prepare for the municipal elections, to be held late next year. According to Zakareishvili, “The opposition can win in the local elections [after which] all conditions will be set for a change of power in the country. After winning the local elections, the opposition parties can demand new parliamentary elections” (Author’s interview, November 30).

Despite their unwillingness to compromise on the issue of the legitimacy of the new legislature, Georgia’s opposition has abandoned the idea of a large-scale protest on the opening day of the first session of parliament. The reason is the worsening domestic situation regarding the spread of COVID-19 and the growing number of deaths.

In a bid to slow the resurgent pandemic, the government has already placed the country’s eight largest cities—Tbilisi, Kutaisi, Batumi, Rustavi, Zugdidi, Poti, Gori and Telavi—under a two-month lockdown, starting from November 28. The measures, among others, include halting municipal transportation as well as a nationwide 9:00 PM–5:00 AM curfew.

Despite being a model for a successful response to the coronavirus outbreak back in the spring (see EDM, June 8), Georgia more recently has fallen to the bottom of global indexes when it comes to the prevalence of infections within the population: 2,800 per 100,000. In a country of 3,700,000, more than 133,000 Georgians have fallen ill, between 3,000 and 4,000 are infected daily, and more than 1,300 have already died (Kommersant, November 25). A severe coronavirus outbreak also interrupted the Georgian opposition’s plans to hold street protests in April—but only temporarily (see EDM, April 13). And if the pandemic is not soon brought under control while preserving the economy, it remains to be seen how long the ruling Georgian Dream party can maintain sufficient levels of support from society.