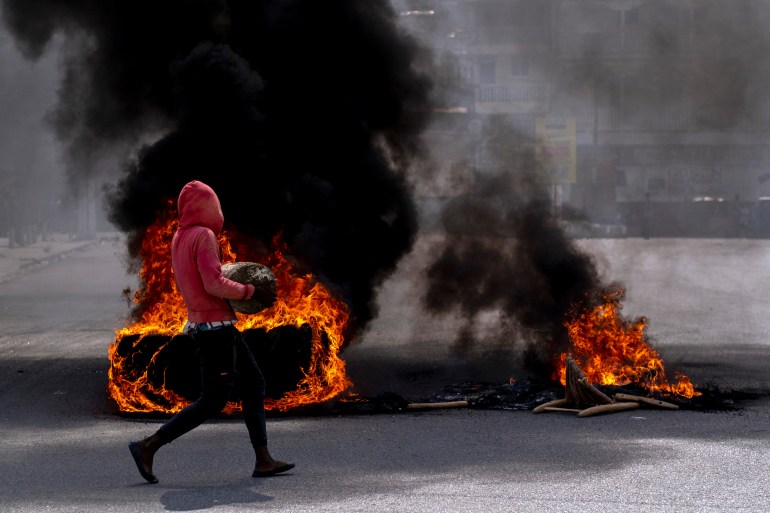 A demonstrator carries a rock to make a barricade during a protest against the assassination of Haitian President Jovenel Moise in Cap-Haitien, Haiti on July 22, 2021 [Ricardo Arduengo/Reuters]

When Haitian President Jovenel Moise was assassinated last month, the sudden power vacuum and political uncertainty created were just the latest in a long line of political and humanitarian crises to have hit the island nation. While Haitians went about figuring out how to move forward, the shadow of possible foreign intervention loomed large. For much of its history, Haiti has seen powerful nations and international bodies intervene in its internal affairs, both responding to and often exacerbating crises in the process.