Al Jazeera writes: The United States’s top diplomat has urged Haitian political leaders to work towards holding elections later this year, a demand top civil society activists in Haiti and other experts have pushed back against as “a mistake” amid deep political instability. Speaking to reporters on Monday, US Secretary of State Antony Blinken called on Haitian leaders “to bring the country together around a more inclusive, peaceful and secure vision and pave the road toward free and fair elections this year”. 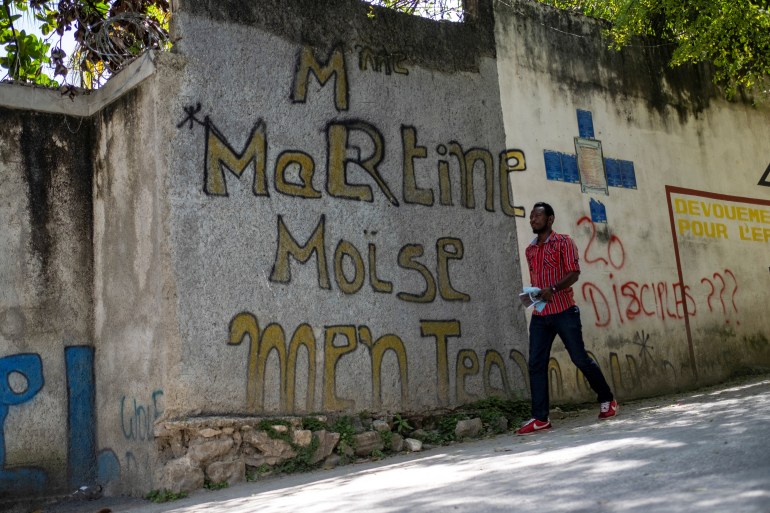 A man walks past graffiti that reads ‘Martine Moise’ near the house where President Jovenel Moise was assassinated, in Port-au-Prince, Haiti on July 11 [Ricardo Arduengo/Reuters]