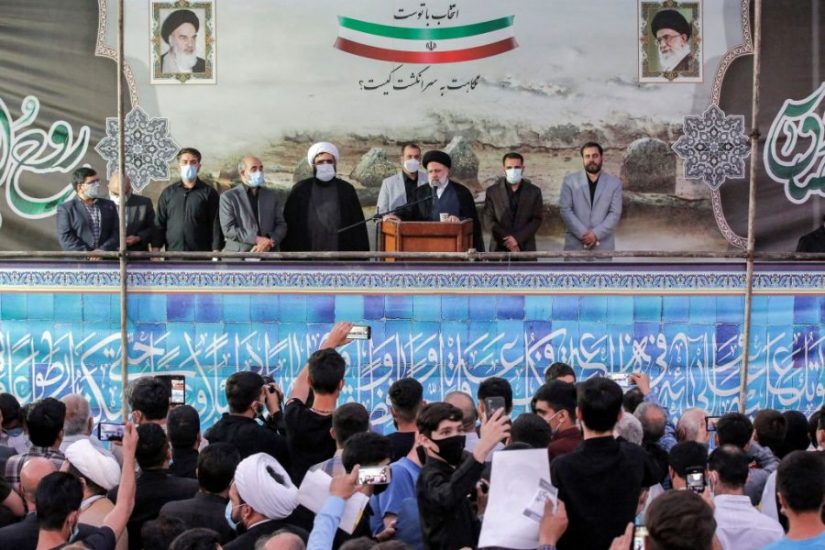 Amid enormous domestic and foreign-policy challenges, the oil-rich, but US sanctioned, Islamic Republic of Iran is scheduled to hold its 13th presidential election on Friday. The voters will have a choice between seven male candidates who have been tightly vetted to ensure their dedication to the Islamic regime and loyalty to the country’s Supreme Leader Ayatollah Ali Khamenei. Will a change in the presidency bring any major policy innovations in Iran’s internal and external settings?

It all depends on who wins the election and manages to plough his way through Iran’s unique and complex system of governance, which is essentially theocratic but politically pluralist. It allows different factions, from hardline or conservative to pragmatist and reformist, to operate within a conservative (or jihadi) and reformist (or ijtihadi) framework, which was established by the founder of the republic, Ayatollah Ruhollah Khomeini (1979–89). In this sense, while the principles can’t be changed, only a limited space is available to initiate policies around those principles.

Since most of the levers of power have been controlled by the conservative factions that have swirled around the enormous divine and constitutional authority of the supreme leader from the early days of the Islamic Republic, the pragmatists and reformists have had serious difficulties in making a lasting innovative impact. They have made a reformist mark only when it has accorded with the interest of the supreme leader and his conservative supporters.

This was evident during the presidency of reformist Mohammad Khatami (1997–2005). To make the Islamic system softer and gentler, Khatami sought to promote what he called ‘Islamic democracy’ and ‘Islamic civil society’, as well as a ‘dialogue of civilisations’ in the conduct of Iran’s foreign relations. Initially, he was given leeway, but as it became clear that his reforms could potentially harm the interest and privileges of the conservative factions, they stonewalled his efforts. Meanwhile, the US and its allies paid no more than lip service to Khatami’s reforms and his attempt to improve relations with them. They contended that the real power lay with the hostile conservative forces, including the increasingly all-pervasive and all-powerful Islamic Revolutionary Guard Corps, who found any rapprochement with the US detrimental to their cause.

The same fate befell the incumbent President Hassan Rouhani, whose two constitutional terms will end in early August. Rouhani, hailing like Khatami from the ranks of the ruling clerical stratum, won office on an anti-extremist and reformist platform to improve the living conditions for a majority of the Iranian people, fight endemic corruption, and relax political and social impositions, based, first of all, on reaching an accommodation with Washington to lift US sanctions.

He initially had the backing of Khamenei to take certain policy initiatives, which rectified some of the policies of his hardline predecessor, Mahmoud Ahmadinejad (2005-2014) and resulted in the signing of the July 2015 historical multilateral Iran nuclear deal (the Joint Comprehensive Plan of Action, or JCPOA) and removal of some US sanctions. However, a combination of factional opposition, US President Donald Trump’s withdrawal from the JCPOA and crippling sanctions on Iran as an ‘evil’ actor, along with the savagery of Covid-19, left Rouhani in the wilderness.

Many Iranians today despair of their declining living conditions and the direction their country is heading in. Political apathy prevails. They have good reason not to be excited by the choice of candidates in this weekend’s election. The seven men were selected from some 600 nominees by the Council of Guardians—a powerful 12-member body (similar to a politburo) in which the supreme leader’s influence stands high. But they all compete within a religious polyarchy, where the ‘sovereignty of God’, as represented by the unelected supreme leader, eclipses the ‘sovereignty of people’, as reflected by the elected president and National Assembly, on all state affairs that really matter.

Among them, Ebrahim Raisi is widely tipped as the front runner. He hails from a clerical background and has been intimately linked to the Islamic regime from its early days. He is closely associated with the conservative factions and the supreme leader, and is linked to the IRGC. Raisi ran against Rouhani in the 2014 presidential election but came second, after which Khamenei appointed him as the head of the very influential judiciary.

Prior to his judicial position, Raisi presided over Astan Quds Razavi, a very wealthy religious endowment (bonyad) in charge of managing the Imam Reza Shrine in Mashhad. Imam Reza is the only one of the 12 imams, the dominant Shia sect of Islam in Iran, who is buried in Iran. Under Raisi’s stewardship, the Reza compound boasted one of the best libraries and museums in Iran.

In his policy posture, Raisi is a strong supporter of Khamenei’s resistance economy and defiance of the US and Israel. He has identified pursuing justice and fighting corruption as his campaign priorities. As someone who is also reputed to be a possible successor to the ageing supreme leader, if elected, he is likely to preach from the same conservative pulpit as Khamenei, therefore avoiding any major policy initiatives that could rock the boat.

Raisi’s election is not a foregone conclusion, as there are a couple of other credible candidates, including Abdul Nasir Hemmati, the former governor of Iran’s central bank who is linked to the reformist factions. However, if Raisi is victorious and no deal is struck between the US and Iran for restoring the JCPOA by the time he takes over, Tehran’s position may harden in any negotiated settlement.

Amin Saikal is adjunct professor of social sciences at the University of Western Australia and author of Iran rising: the survival and future of the Islamic Republic (2021). Image: AFP/Getty Images.