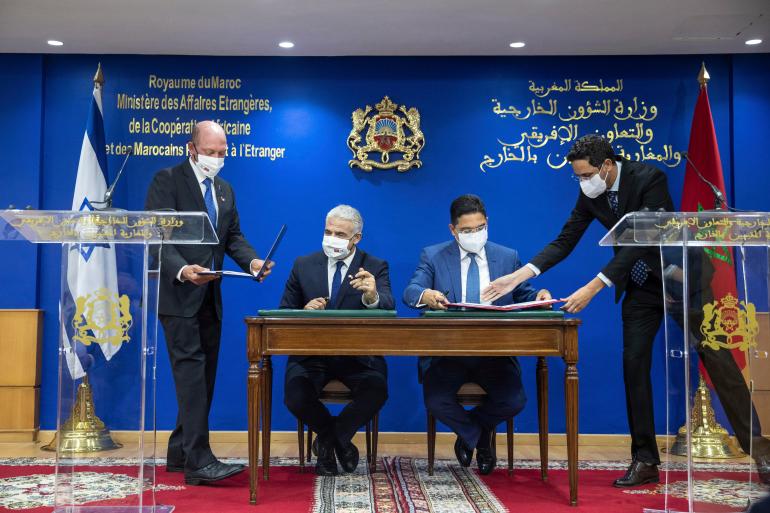 Israel officially opened its diplomatic office in Morocco on Thursday on the sidelines of a visit by its foreign minister after relations with the North African country were normalised last year. Yair Lapid’s two-day visit is the first to the country by an Israeli minister since 2003. It comes less than a year after Israel and Morocco reached a deal to establish formal ties under the US-brokered “Abraham Accords”.