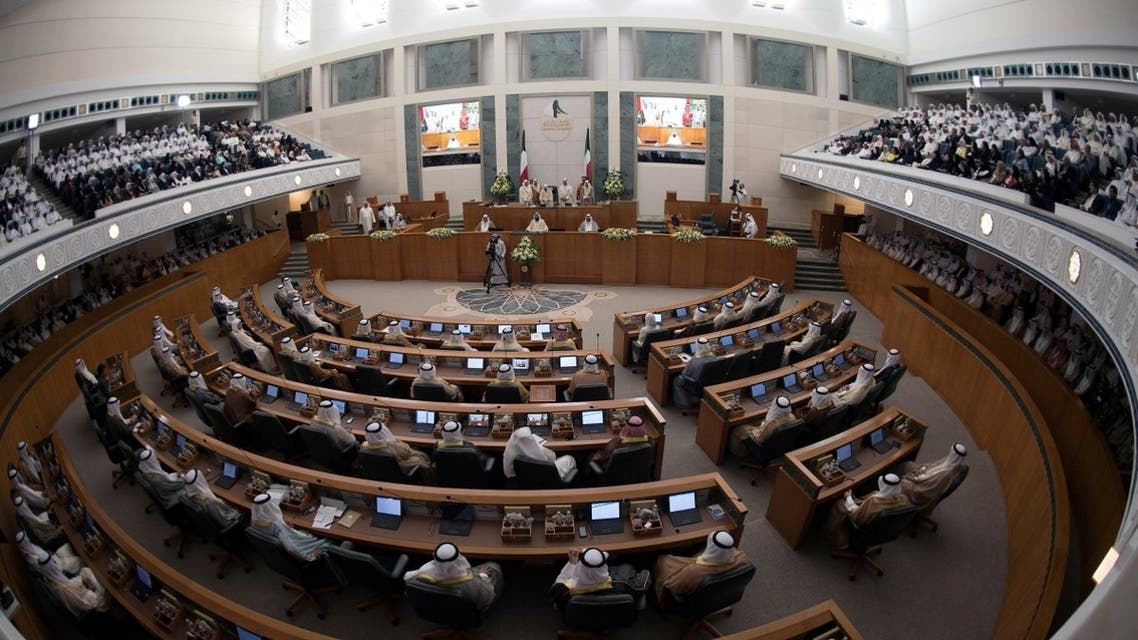 Kuwait’s Emir Sheikh Sabah al Ahmad al Sabah reads his opening speech at the start of the 4th ordinary session of the 15th Legislative Parliament in Kuwait city. (Reuters)
Kuwait’s ruler told the new parliament, in which opposition candidates made gains, that comprehensive reform was needed to help the Gulf Arab state exit its worst economic crisis in decades and that there was no time for “fabricating conflicts.”
https://englishbeta.alarabiya.net/en/News/gulf/2020/12/15/Emir-of-Kuwait-tells-parliament-reform-needed-stop-disputes-