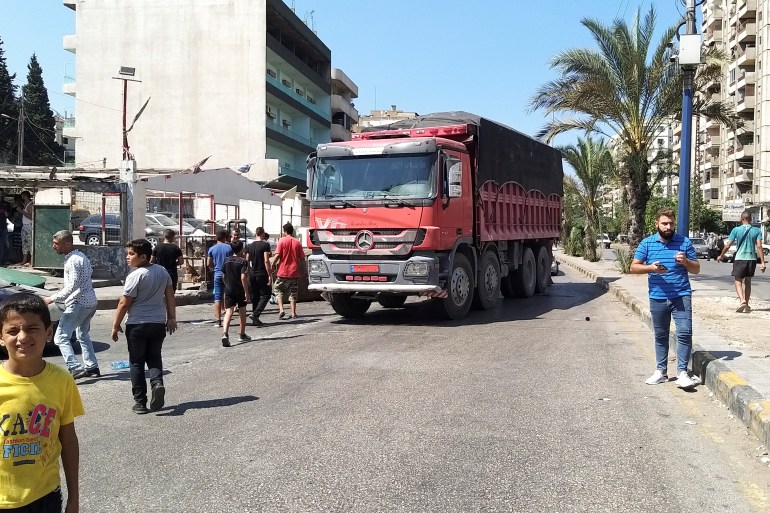 A truck blocks a road in Tripoli, Lebanon after the central bank decided to effectively end subsidies on fuel imports [Walid Saleh/Reuters]

Lebanon’s caretaker prime minister has called a decision by the central bank to end subsidies to fuel products “illegal”, and called for an emergency cabinet meeting to discuss the move.

The Wednesday night announcement by the central bank is likely to send prices soaring in a country already in the throes of an unprecedented economic crisis.