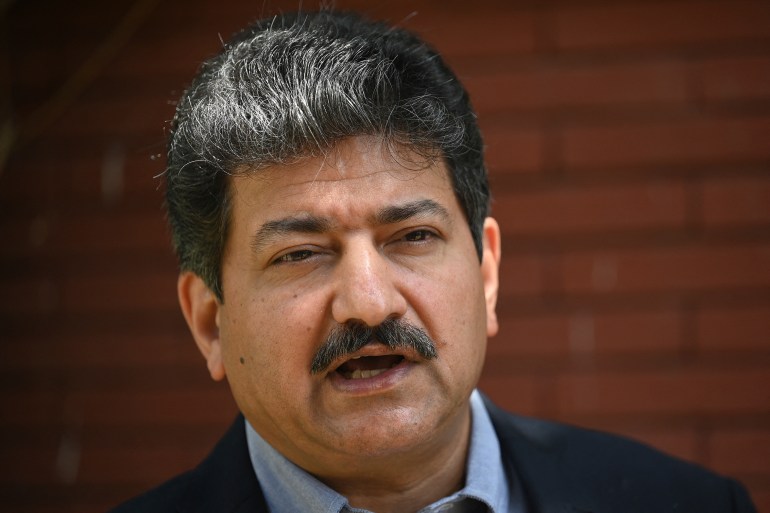 In 2014, Mir survived a shooting attack by unidentified attackers shortly after he hosted an episode of his programme that focused on alleged rights violations by the military in the southwestern Balochistan province [File: Cyril Belaud and Sajjad Tarakzai/AFP]