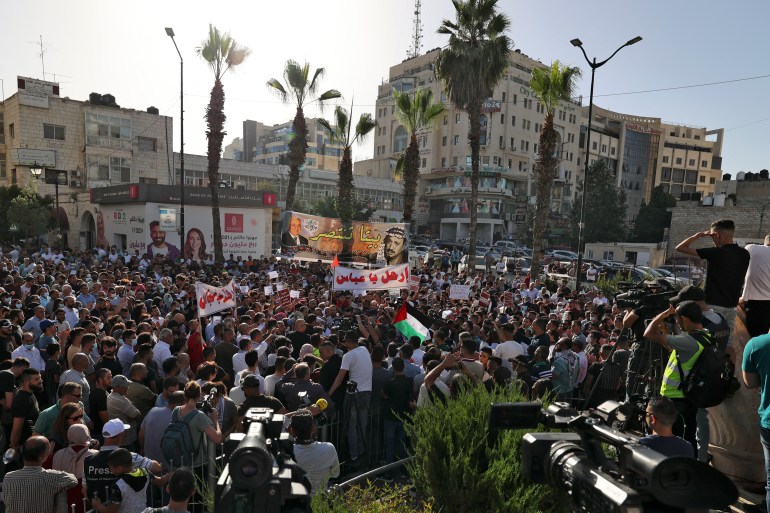 Reporters Without Borders ranked Palestine 132 out of 182 countries for freedom of the media in 2020 [File: Abbas Momani/AFP]

Palestinian journalists in the occupied West Bank are facing increased harassment, arrests and violence from the Palestinian Authority since the death of activist Nizar Banat in PA custody, according to reporters and media rights groups. The death of Banat, a prominent critic of the PA, on June 24 set off weeks of protests. As PA security forces violently cracked down on the demonstrations, many journalists covering the protests were also beaten, arrested, and had equipment smashed or confiscated.