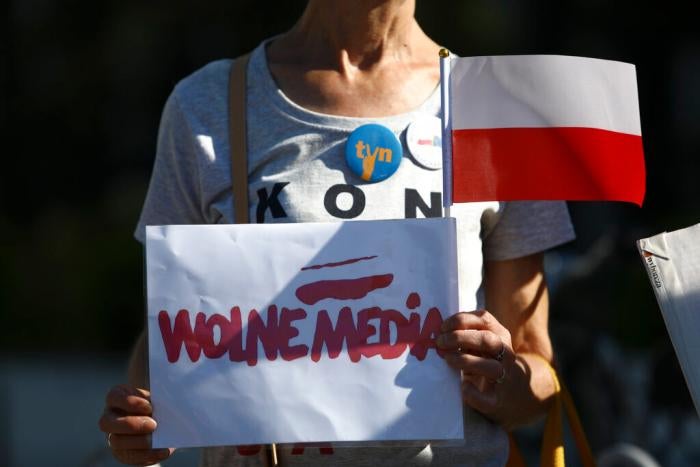 Poland’s lower house unleashed a major threat to media pluralism on August 11, approving a bill that prevents non-European shareholders from owning a majority stake in Polish media companies. While the government has argued it needs to strengthen legislation to prevent Chinese and Russian companies from controlling Polish media outlets, the impact of the law in practice would be on independent station TVN and its 24-hour news station, TVN24. TVN’s majority stake holder is US media company Discovery.