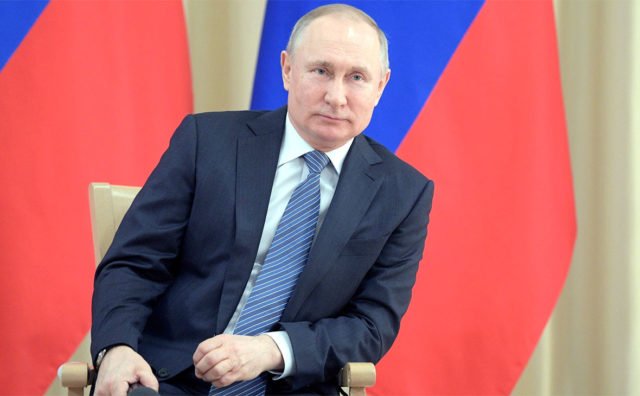 This past month saw a new surge in “leaks” and speculation about the state of President Vladimir Putin’s health along with suggestions in the press that he might, therefore, be planning to resign his post early. Rumors of Putin’s failing constitution became repeated so frequently that they compelled presidential press secretary Dmitry Peskov to publicly deny them, claiming that the head of state’s health was “absolutely normal” (Izvestia, November 18). Reports that the Kremlin leader is ill (according to some sources with cancer and others Parkinson’s) were spread far and wide in Western and Russian mass media before (RBC, February 5). However, this time, the tales of Putin’s purported maladies are connected directly to the process of the “transition of power,” preparation for which, allegedly, are already underway.

A number of political observers in Russia believe that the information about Putin’s illness and possible resignation—together with separate leaks about the president’s personal life (Proekt, November 25)—are being deliberately publicized in order to distract the population from the real problems facing the country. This would include Moscow’s geopolitical failures in “managing” the Moldovan elections, the growing strength of Turkey in the South Caucasus (see EDM, October 29), the continuing political crisis in Belarus, combined with the evidence of Alyaksandr Lukashenka’s disloyalty to Moscow (see EDM, November 25), as well as Russia’s worsening economic situation due to the coronavirus pandemic. Indeed, ongoing declines in Russians’ personal incomes are translating into declining support for the government. According to the latest poll by the Public Opinion Foundation, 52 percent of Russians criticize the authorities for their handling of the economy (Fom.ru, November 26). Yet another subject relegated to the background while the media contemplated Putin’s health was the adoption (between November 6 and 10) of a package of federal laws designed to consolidate this year’s slate of new amendments to the Russian Constitution (Garant.ru, November 11). The amendments inter alia solidify and extend Putin’s hold on power.

Another plausible explanation behind the latest flurry of presidential health and resignation rumors is that Putin may actually be planning to make a number of changes in the government structure. In particular, well-known Russian opposition leader Gennady Gudkov noted, “We cannot say for certain that Putin will leave or not… But in fact, the transition of power as a basic or back-up option already has begun in terms of the transfer of authority to the security forces. It follows that Putin is worried about 2024” (YouTube, November 23). A similar opinion was expressed by entrepreneur and public figure Leonid Nevzlin, who commented that Putin is currently in a weak position (Free Russia Forum, November 21).

For the time being, the only certainty is that the Russian leader is indeed increasing the strength of the “security clan” (siloviki) loyal to himself. This is happening regardless of whether Putin feels (or is being) compelled to transfer a portion of this power due to worsening personal health or if it is because he wishes to strengthen the siloviki’s positions in anticipation of looming social unrest caused by growing economic hardship. In November, the boosted power of the security forces was manifested mainly in the tightening of repressions against Russian protest movements as well as a further cleansing of the political field—in particular, the submission to the State Duma of a draft law on recognizing certain individuals as “foreign agents” (Interfax, November 18).

According to the bill, any persons participating in social and political activities, collecting information about the military-technical activities of Russia, as well as candidates for elections affiliated with a person acting as a foreign agent, must be recognized as foreign agents. Individuals labeled as such will be prohibited from holding positions in government bodies. Russian judicial precedent shows that the concept of “affiliation” is being interpreted as broadly as possible, meaning that this rule can be directed against any representatives of the liberal opposition.

Additionally, the State Duma Commission for the Protection of Russia from External Interference has submitted for consideration a draft law allowing for the recognition of journalists as foreign agents as well as a draft law prohibiting the holding of public events paid for by foreign citizens. A separate proposal demands the dismissal of teachers charged with inciting social, racial or religious hatred, as well as “incitement to other actions contrary to the Constitution.” According to human rights activists, this rule will also likely be interpreted as broadly as possible (BBC—Russian service, November 17).

The strengthening of the Kremlin’s “power vertical” and the sharpening of its confrontation with the “systemic liberals” is further evidenced by the increased number of arrests and accusations of high treason leveled against government officials. Notably, last month, Dmitry Fedotkin, a representative of state-owned Aeroflot in the United Kingdom, was arrested in Moscow on this charge. The Nezigar Telegram channel, close to the Kremlin, suggested Fedotkin had provided MI6 with data on the flights of “[Ruslan] Boshirov and [Alexander] Petrov [accused of carrying out the poisoning by Novichok of Sergei Skripal and his daughter, in Salisbury, in 2018],” as well as other military intelligence service (GRU) employees, which unwittingly confirmed the veracity of the information transmitted (T.me/russica2, November 16). However, the business-focused newspaper Vzglyad reported that Fedotkin was accused of transferring to the UK’s special services only information about the socio-political situation in Russia (Vzglyad, November 13).

Even taking into account contemporary Russian legislation, the charge of treason seems over the top, which has led several sources to link the accusations against Fedotkin with surreptitious attempts to weaken the political position of his former boss and the new head of the Russian Ministry of Transport, Vitaly Savelyev (UtroNews, November 13). Similar suspicions arise in connection with the prosecution of former defense journalist Ivan Safronov, Jr. (see EDM, July 9), which may be an attempt to weaken the position of his heretofore boss, Roscosmos head Dmitry Rogozin (Ekho Moskvy, July 7). It appears that attempts to put pressure on certain highly placed officials by accusing their deputies of treachery against the state is becoming common practice.

Thus far, it is only possible to say for certain that Vladimir Putin is strengthening the position of the siloviki bloc and is relying on the people most loyal to him, empowering them to pursue increasingly repressive domestic policies. But it remains to be seen whether these trends are part of some kind of concealed “power transition” or simply reflect the natural maturation of an authoritarian state.