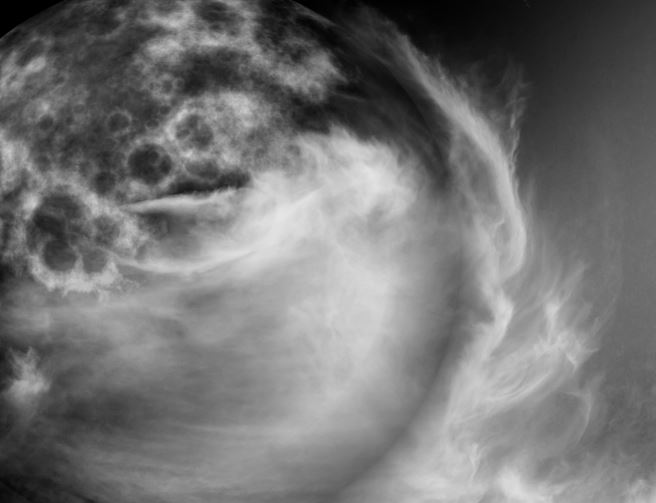 In 2019, Russia employed an intelligence-gathering satellite to make a close approach—known as a rendezvous and proximity operation, or RPO—with a US spy satellite. The incident lasted for several days as Russia’s Cosmos 2542 released a small subsatellite, Cosmos 2543, to stalk the US KH-11 satellite. The Americans took immediate action to prevent the Russian craft from getting dangerously close, but it’s likely that the Russian satellites, and ground sensors, gathered useful intelligence on the US satellite.

That was clearly a Russian military operation, but it’s important to consider the possibility that a commercial actor in space, perhaps operating on behalf of a peer adversary, could do the same thing.

A future grey-zone incident in space could involve a commercial satellite—either one purpose-designed for on-orbit refuelling and repairing of other satellites or an earth-observation satellite with a dual role that includes space-based space surveillance—carrying out an RPO on another nation’s satellite, or interfering with it.

A report by the US-based the Center for Strategic and International Studies, Defense against the dark arts in space, explores scenarios in which a friendly satellite is damaged or interfered with by a hostile state, or by a commercial actor operating on behalf of a state, in grey-zone activities that fall below the level of outright aggression.

In a crisis or war, there’s always the risk of a major-power adversary using counterspace weapons to attack friendly satellites. But the increasing amount of activity in space means it’s a slippery slope from the operational domain to the warfighting domain.

Grey-zone operations in orbit accentuate the risk of conflict, because the nature of the space domain, and of space technology, makes it difficult to respond to events happening at a rapid pace hundreds or even thousands of kilometres above the earth.

An adversary might mask an attack on an opponent’s satellite through various grey-zone tactics. Monitoring RPOs is already challenging and, as space becomes more crowded and congested, deliberate and inadvertent RPO events will grow in frequency. The growth of satellite megaconstellations with tens of thousands of satellites will provide new opportunities for states intent on exploiting this grey zone.

For example, an adversary could integrate an anti-satellite capability into a civil satellite designed to service other craft in space, particularly as such commercial activity grows in scale in coming years.

At the same time, the use of commercial space-based space surveillance satellites could allow an adversary to carry out RPOs during what appears to be innocent commercial activity.

So, it’s clear that the key to operating in the grey zone in orbit is to mask aggressive acts behind commercial activities, and to exploit the resulting deniability and confusion.

If a satellite malfunctions after a commercial craft passes close by, was that an aggressive RPO or simply a technical failure? How does the owner of the now-dead satellite respond when there’s no certainty about whether it has been attacked or not?

New types of ground-based counterspace capabilities widen this grey zone. States are more likely to employ soft-kill capabilities that disable, deny or damage a satellite, rather than physically destroy it.

Such measures can include cyberattacks or control by ground facilities, uplink and downlink jamming, and laser-dazzling of sensors on satellites designed for intelligence-gathering.

A cyberattack against a satellite, directly or through supply-chain infiltration months or even years before its deployment, provides an adversary with an anonymous and deniable avenue to gather intelligence, or to conduct spoofing operations by feeding false information via the satellite. This happened in June 2017 when Russian hackers spoofed US GPS satellites to counter US surveillance drones.

The central questions here are what constitutes aggression and how can a state victim of such an attack in the grey zone respond? The UK introduced resolution 75/36 into the UN General Assembly in December 2020 with the goal of ‘reducing space threats through norms, rules and principles of responsible behaviors’, which Australia has supported.

This resolution sets a basis for further diplomatic discussion that ideally will lead to strengthened legal and regulatory arrangements to minimise the risk of irresponsible behaviour, such as direct attacks and, in particular, events that create space debris. Certainly, Australia, and its allies in the Five Eyes intelligence-sharing community, should support such efforts towards a more effective legal and regulatory arrangement to better manage threats from counterspace capabilities.

But even with such a framework in place, responding to grey-zone risks in orbit will still be challenging. Defining what constitutes a counterspace capability and determining if an attack or interference has occurred is obviously more ambiguous than a clear attack by an opponent using a purpose-designed anti-satellite weapon, such as those tested by China, Russia and more recently India.

The difficulties are compounded with soft-kill systems that are impossible to identify, verify and monitor. As space becomes more congested, with megaconstellations rapidly emerging in the coming decade, determining what constitutes an attack versus an accident will be a key challenge for those involved in legal and diplomatic efforts. So will working out what to do about attacks emanating from commercial satellites.

Another key challenge is time, or lack of it. The legal and diplomatic process underway in UN bodies towards strengthening regulatory arrangements and establishing norms of responsible behaviour will move achingly slowly in comparison with the fast pace of the development of counterspace technology and the growth of commercial space technology. At the same time, the global strategic environment is deteriorating just as fast. The legal process may simply be too slow to respond to the rapid changes occurring around it.