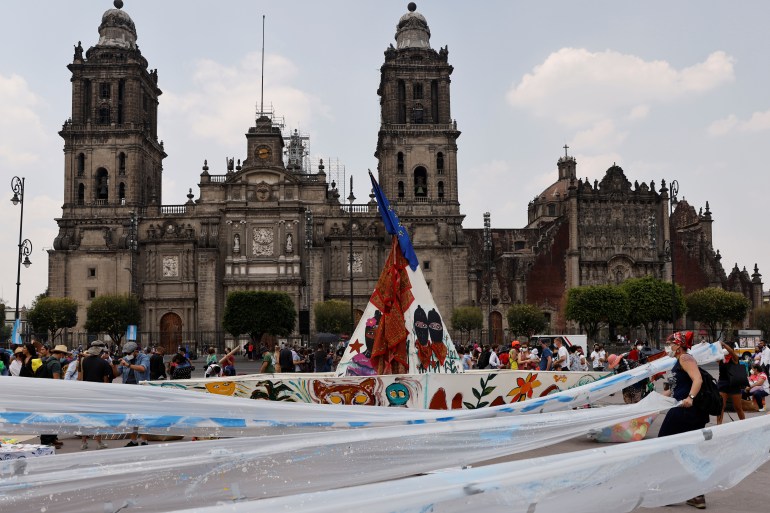 A paper boat is displayed during a cultural event by artists and activists, as well-wishes for the delegation of the National Liberation Zapatista Army travelling on a boat called ‘La Montana’ to Europe, in Mexico City, Mexico, May 2, 2021 [File: Carlos Jasso/Reuters]

In the summer of 1521, Spanish conquistadors led by Hernan Cortes looted and destroyed the Aztec capital of Tenochtitlan. Today, 500 years later, Mexico’s indigenous Zapatistas are holding their own “invasion” of the Spanish capital to mark the anniversary.