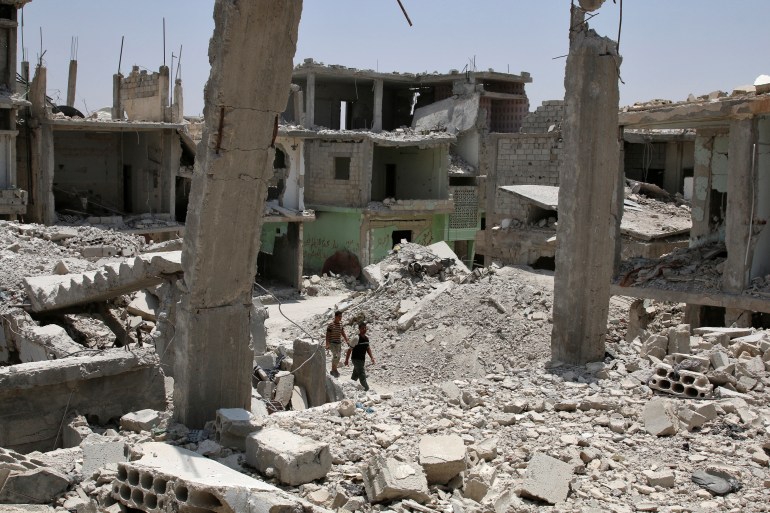 Nearly half of the population of the rebel-held district has fled heavy shelling and ground battles, but the UN warns remaining civilians are cut off with dwindling supplies [File: Alaa al-Faqir/Reuters]

Fighting between Syrian government forces and rebels is intensifying near Deraa, in what has been described as the heaviest clashes since the southern eponymous province came under government control three years ago. Fighting started when government forces fired artillery shells towards the former opposition hub of Deraa al-Balad in tandem with a ground offensive.

Explainer: What are the clashes in Syria’s Deraa about? | Bashar al-Assad News | Al Jazeera