The transatlantic alliance is enjoying a period of restoration following the damage done by former US President Donald Trump. But as the West’s messy exit from Afghanistan has made clear, the United States and its European allies must undertake determined efforts to prepare for the formidable challenges it now faces. 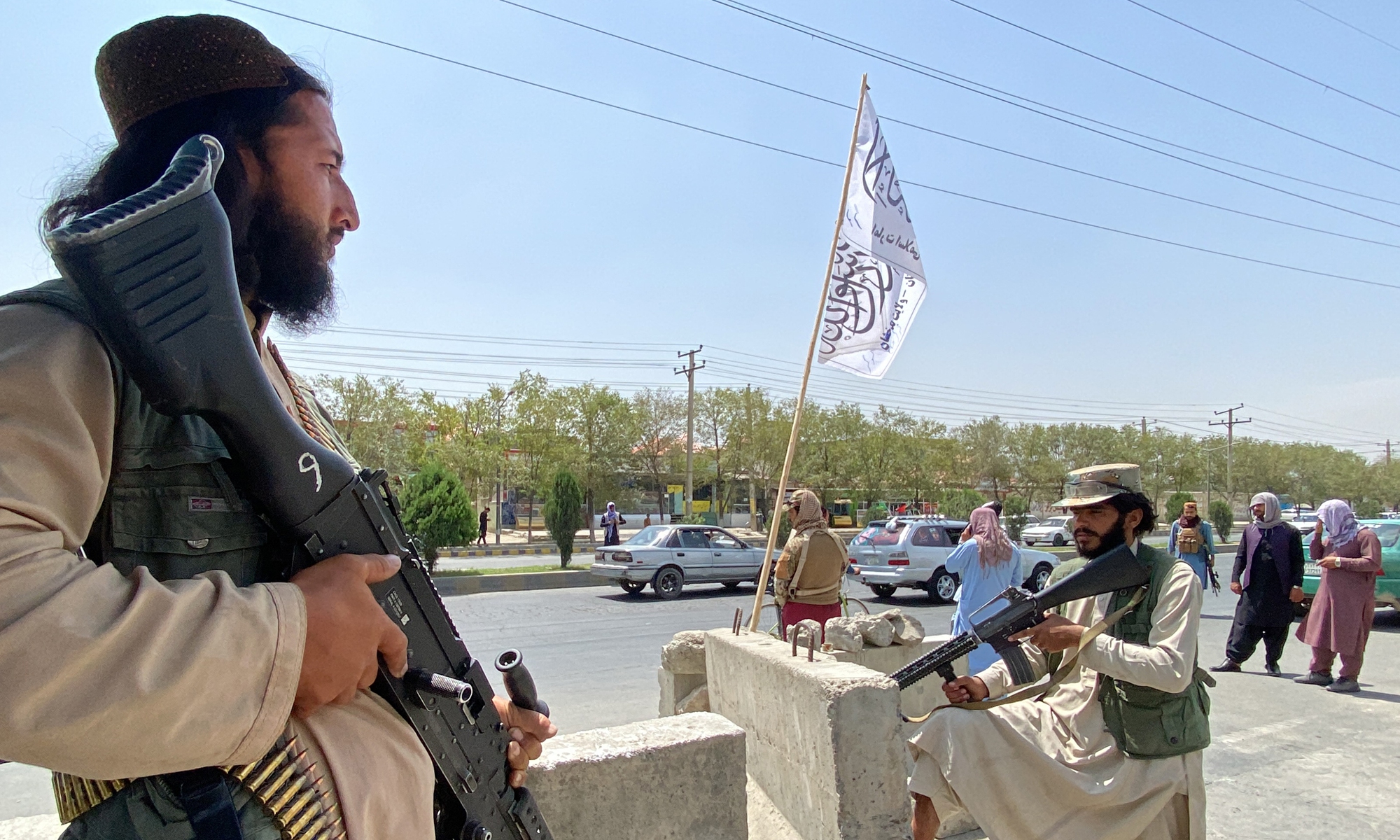 Taliban fighters stand guard at an entrance gate outside the Interior Ministry in Kabul on Tuesday. Photo: AFP

Chinese President Xi Jinping on Friday called for efforts to promote the steady transition of the Afghan situation as soon as possible, engage Afghanistan in dialogue, and help the Afghan people tide over their difficulties.

Xi made a three-point proposal in Beijing at a joint summit of the leaders of the Shanghai Cooperation Organization (SCO) and the Collective Security Treaty Organization (CSTO) member states on the Afghan issue by video link.

The United States apologizes for the US drone strike in Kabul on August 29 and will try to learn lessons from this “horrible mistake,” US Secretary of Defense Lloyd Austin said in a statement.

An investigation into the incident concluded that the strike “resulted in the deaths of as many as 10 people, including up to seven children,” he said.

“We apologize, and we will endeavor to learn from this horrible mistake,” the US secretary of defense continued. “To that end, I have directed a thorough review of the investigation just completed by U.S. Central Command.”

According to the US official, the strike was “conducted to prevent what was believed to be an imminent threat to Hamid Karzai International Airport.” Among those killed was 43-year-old Zemari Akhmadi, who worked as an engineer for California-based and Education International (NEI) charity organization since 2006.

“We now know that there was no connection between Mr. Ahmadi and ISIS-Khorasan, that his activities on that day were completely harmless and not at all related to the imminent threat we believed we faced, and that Mr. Ahmadi was just as innocent a victim as were the others tragically killed,” Austin said.

According to initial information from the US military, a US drone eliminated a vehicle packed with explosives in Kabul on August 29. Militants from the terrorist group Islamic State in Khorasan, a branch of the Islamic State extremist organization (outlawed in Russia), were going to use it to stage a terrorist attack, the US side said. The US drone reportedly destroyed two vehicles and partially ruined a house. UNICEF Afghanistan Representative, Herve Ludovic De Lys said seven children were killed.

At first, the US Department of Defense said it has no information about civilian casualties, but later reported that it would verify the information.

According to a New York Times report published September 10, US servicemen have presumably made a mistake while choosing the target of its airstrike on Kabul. The paper’s sources strongly rejected Ahmadi’s ties with terrorists, because he expected to receive an asylum in the United States. The paper believes that in-depth video analysis and interviews at the site “cast doubt” on the official version of the incident.

The chaotic U.S. withdrawal from Afghanistan has left European capitals skeptical about such missions and critical of American leadership. The debacle should lead to frank discussions about NATO’s role and the EU’s defense ambitions. 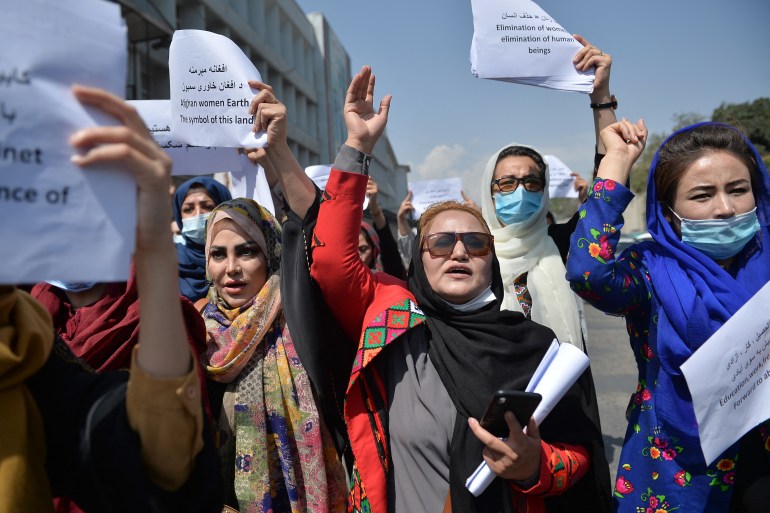 Afghan women take part in a protest march for their rights under the Taliban rule in the downtown area of Kabul on September 3, 2021. [Hoshang Hashimi/AFP]

I left Afghanistan, my beloved country, just a few days after the Taliban took control of Kabul.

I did not want to leave, but I had no choice. Soon after the Taliban assumed control of the capital city, its fighters started to look for me. They showed up at my house (which I had already left in fear of my safety) and harassed my family members and people working for me. They beat up my security guards and violently interrogated people who know me in an effort to find me. 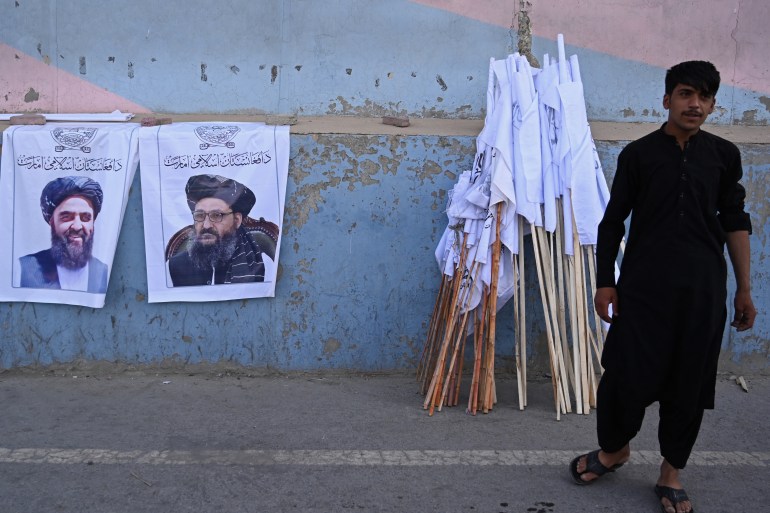 A vendor selling Taliban flags stands next to posters of Taliban leaders Mullah Abdul Ghani Baradar and Amir Khan Muttaqi (L) as he waits for customers along a street in Kabul on August 27, 2021. [Aamir Qureshi/ AFP]

The Taliban has complete control over Afghanistan right now. The US and its allies fought against the movement for the last 20 years and tried hard to root it out. They spent more than two trillion dollars and more than 3,000 foreign soldiers lost their lives.

In spite of all this war effort, the Taliban are ruling Afghanistan once again.

To understand the interesting relationship between the Tehrik-e-Taliban Pakistan (TTP), also known as Pakistani Taliban, and the Afghan Taliban, one must peep into history to see how the linkages developed and why the Afghan Taliban are not responding in equal measure to Pakistan’s repeated appeals to take conclusive action against the TTP.

The Taliban’s “inclusive” government has turned out to be a farce. It is 100% male, mostly Pashtuns, including some notorious internationally designated terrorists, only two Tajiks and one Uzbek among 33 ministers. Afghanistan’s ethnic, tribal and regional fault lines are apparent, with different Taliban factions vying for power. The pragmatists have been marginalised and the hardliners, like the ISI-Haqqani network, have got an upper hand with help from Pakistan’s ISI. The Haqqani-ISI alliance had bombed the Indian Embassy in Kabul in 2008, killing 58 people, including Indian diplomats. Infighting led to a rumour of Deputy PM Mullah Baradar having been wounded, resulting in his eventual death in a Pakistani hospital. He has since issued a video message to dispel this rumour. The Al Qaida leader Ayman Al-Zawahiri, a deputy of Osama bin Laden believed to be holed up in Pakistan, has also issued a video message. He too is alive. The Taliban calling the government an interim one is a prophylactic for avoiding international criticism. They have adopted a double-faced policy of catering to international demands and domestic policies. The oath-taking ceremony, scheduled for September 11, has been deferred. Regret has been expressed for the 9/11 attacks. These flip-flops, based on ISI advice, is to seek legitimacy and acceptance, vital for international aid. Afghanistan is sinking deeper into a humanitarian crisis.

Why Afghanistan will be a new geopolitical pivot | ORF (orfonline.org)