Al Jazeera writes: Authorities in the self-declared Turkish Republic of Northern Cyprus announced on Tuesday a partial reopening of an abandoned town for potential resettlement, drawing a strong rebuke from Greek Cypriot and international leaders including the United States. 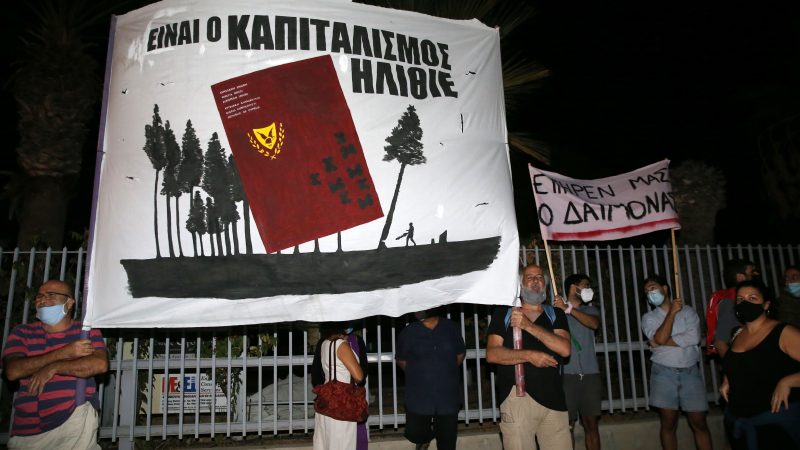 People hold a placard reading ‘Is Capitalism, idiot’ during a protest against corruption in Nicosia, Cyprus, 14 October 2020. Hundreds of people gathered outside the Filoxenia Conference Center, currently hosting the Parliament, to protest and demand the resignation of the President of the Parliament, Demetris Syllouris who appeared in an undercover video of Al Jazeera offering to help a foreign businessman with a criminal record to acquire a Cyprus passport. [EPA-EFE/KATIA CHRISTODOULOU] 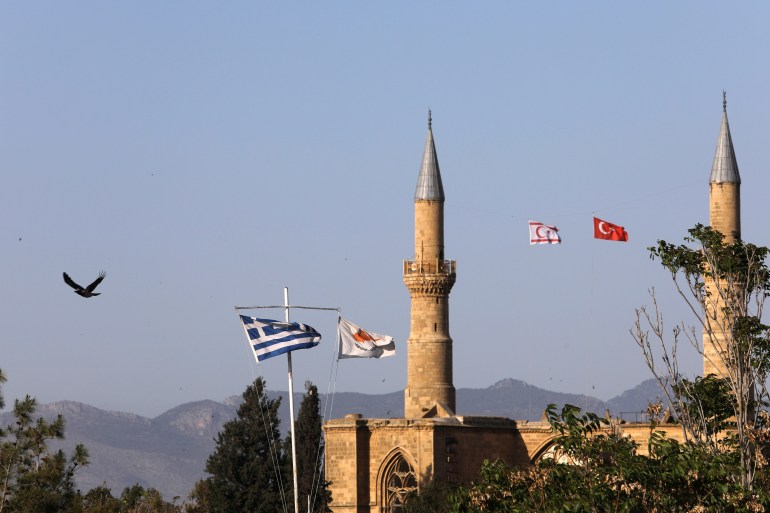 Greek and Cypriot flags along with Turkish and Turkish Cypriot ones are seen near the UN controlled buffer zone in Nicosia, Cyprus April 27, 2021 [Yiannis Kourtoglou/Reuters]

The long history of negotiations on the Cyprus question has been unforgiving to its actors, hence the infamous characterisation of it as the “graveyard of diplomats”, littered with tombstones. It need not be this way, writes Cypriot Foreign Minister Nikos Christodoulides.

France and Cyprus for the first time have joined the Israeli Navy-led Noble Dina naval exercise, which takes place annually but was canceled last year due to the coronavirus pandemic.

America, the European Union, and moderate Arab allies should sanction Turkey until it gives up its occupation.

Why is Cyprus still divided? 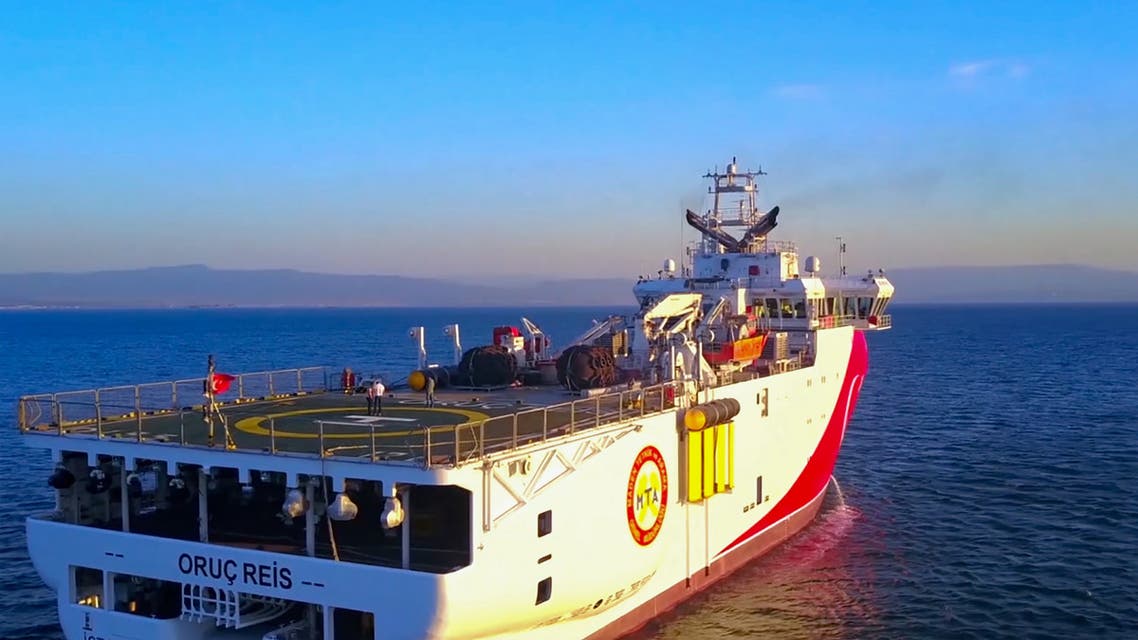 This handout photograph released by the Turkish Defence Ministry on August 12, 2020, shows Turkish seismic research vessel ‘Oruc Reis’ heading in the west of Antalya on the Mediterranean Sea.
Turkey’s recent moves to de-escalate a clash with Greece and Cyprus over east Mediterranean energy reserves are “unconvincing” and European Union leaders need to take action that will prompt Ankara to heed international law, Greece’s foreign minister said on Friday.
https://englishbeta.alarabiya.net/en/News/middle-east/2020/12/04/Greek-FM-Turkey-s-moves-to-ease-tensions-unconvincing-

US Secretary of State Pompeo blasts Turkey at NATO meeting

A UN special envoy will meet rival Cypriot leaders on Tuesday to assess whether conditions are ripe to involve Britain, Greece and Turkey in getting reunification back on the rails.