The mobile phones of dozens of journalists and activists in El Salvador have been hacked since at least early 2020 and implanted with Israeli-made Pegasus spyware typically available only to governments and law enforcement, according to a new report by a watchdog group.

The University of Toronto’s Citizen Lab said on Wednesday it had identified an operator of the spyware working exclusively in El Salvador and targeting journalists and activists, many of whom were investigating alleged state corruption.

A former senior Salvadoran anti-corruption prosecutor said President Nayib Bukele’s government shut down his unit’s investigation into its alleged negotiations with violent street gangs to help expand its power, as the United States steps up pressure on the Central American country over those talks.

German Arriaza, who headed an anti-corruption unit within the Attorney General’s Office, said his team compiled documentary and photographic evidence that Bukele’s government struck a deal with the Mara Salvatrucha (MS-13) and Barrio 18 gangs in 2019 to reduce murder rates and help the ruling New Ideas party win legislative elections in February.

The El Salvador authorities, including President Nayib Bukele, are blocking people on social media who criticize the government, Human Rights Watch said today. This violates their rights to free speech and access to information, and to participate in the conduct of public affairs.

El Salvador plans to build the world’s first “Bitcoin City”, funded initially by Bitcoin-backed bonds, President Nayib Bukele says, doubling down on his bet to harness the cryptocurrency to fuel investment in the Central American country.

Speaking at an event closing a week-long promotion of Bitcoin in El Salvador, Bukele said the city planned in the eastern region of La Union would get geothermal power from a volcano and not levy any taxes except for value-added tax (VAT). 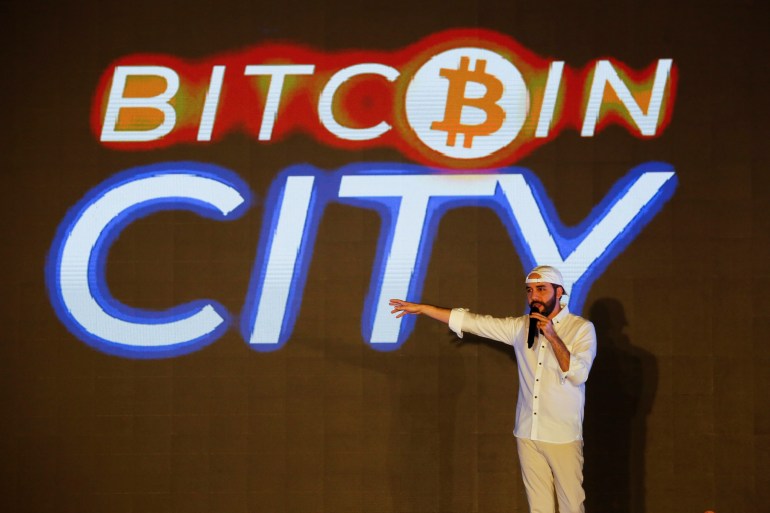 At the behest of President Nayib Bukele, pictured, El Salvador in September became the first country in the world to adopt Bitcoin as legal tender [Jose Cabezas/Reuters]

Thousands of protesters have marched in El Salvador’s capital San Salvador against the actions of President Nayib Bukele’s government, including the move to make Bitcoin legal tender in the country.

Many aspects of cryptocurrencies are baffling, not least the success of a joke like Dogecoin. But El Salvador’s recent adoption of Bitcoin as legal tender alongside the US dollar is perhaps the strangest and potentially most worrying example of all. 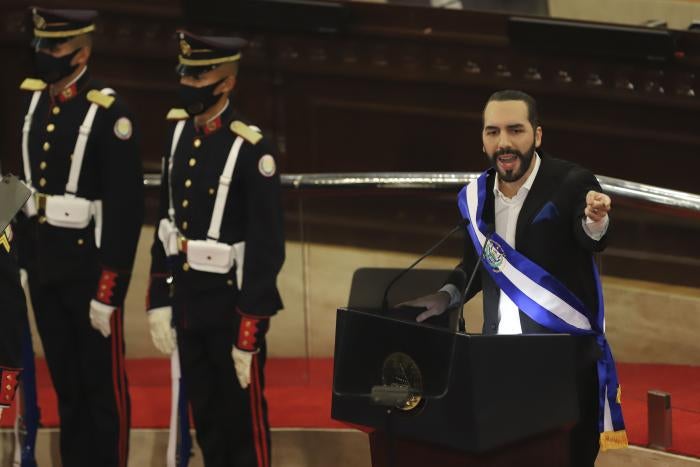 The attorney general’s office in El Salvador has seized some assets of the conservative opposition party in what it said was an attempt to recover funds embezzled from a donation from Taiwan between 2003 and 2004.

Guarded by police agents, specialised officials raided the main headquarters of the Alianza Republicana Nacionalista (ARENA), which governed the Central American country between 1989 and 2009, seizing two buildings and 17 vehicles. 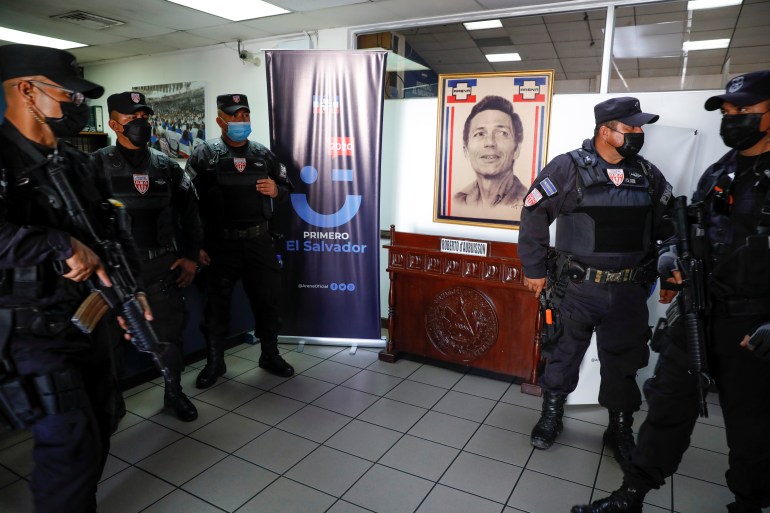 El Salvador’s populist leader extends power, becoming the first president in nearly three decades to have a majority in Congress.