Abigael Ajuma, Michael E. O’Hanlon, and Adam Twardowski write for Brookings: The tragic conflict in Ethiopia’s Tigray province continues as of this writing. About four hundred thousand are suffering acute hunger as a result, and ten times that number need aid — to say nothing of the lives being put at direct risk from the fighting as well. Essentially a power struggle between local Tigrayan leaders and the national government, the conflict shows few signs of rapid resolution. Devising a compromise outcome is difficult in such circumstances. Meanwhile, sub-Saharan Africa’s second-largest country by population and most impressive recent economic success story (measured in terms of sustained growth rates) is now at serious risk, at a time when COVID-19 further compounds the dangers associated with large camps for displaced persons and weakened public health care systems that could result from warfare.

go to Brookings: How the UN can solidify Ethiopia as an African success story (brookings.edu)

Al Jazeera writes: The local government in Ethiopia’s Somali region says militia from the neighbouring region of Afar attacked and looted the town of Gedamaytu, also known as Gabraiisa, the latest flare-up in a local boundary dispute that adds to broader tensions in the country.

Amb Gurjit Singh writes: July 2021 was envisaged as a turning point in current Ethiopian history. The results of the partial elections held in June provided a resounding victory for the Prosperity Party led by Prime Minister Abiy Ahmed. This was preceded by a withdrawal of Ethiopian Defence Forces (ENDF) from Mekelle, the capital of Tigray and several parts of the Northern state. Eritrean forces which had helped ENDF subdue and chase away Tigray People’s Liberation Front (TPLF) forces moved towards their own borders. Armed militia from the adjoining state of Amhara did not leave the lands they occupied in Tigray. A surprise unilateral ceasefire and withdrawal of ENDF from Tigray was announced on 28 June. The Foreign Minister told diplomats that this was to facilitate the farming season. Analysts saw this as a defeat of the ENDFwhich had retreated.

Al Jazeera writes: Ethiopia has completed the filling of a massive, controversial dam on the Blue Nile river for a second year, state media has said, a move that is likely to anger Egypt and Sudan who have long opposed the project. Addis Ababa has said the Grand Ethiopian Renaissance Dam (GERD), a $4bn hydropower project, is crucial to its economic development and to provide power

RAJEN HARSHÉ writes for ORF: The National Election Board of Ethiopia (NEBE), on 10 July 2021, declared results of the national elections conducted on 21 June 2021, in Ethiopia. Prime Minister Abiy Ahmed’s Prosperity Party (PP) has secured a landslide victory; out of 436 contested seats, the PP has won 410 seats, but the results of only 448 seats have been declared so far. Although the Parliament has 547 members, elections could not be conducted in the remaining constituencies owing to logistical reasons. Further, the electoral process was also marred by violence and strife in certain areas. Thus, the entire picture would emerge only in September when all the constituencies send their representatives to Parliament. Nevertheless, owing to the overwhelming majority of the PP, Abiy Ahmed, who assumed power in April 2018, has secured the mandate to rule for the next five years.

Al Jazeera writes: Luwam Gebrekirstos* spent her savings from years of working abroad as a maid to open a small coffee shop in Addis Ababa. Business was going well for the ethnic Tigrayan resident of Ethiopia’s capital until early July when a number of uniformed and plainclothes officers came to her shop and abruptly shut it down.

Mehari Taddele Maru writes for Al Jazeera: Asked by Al Jazeera’s anchor Riz Khan back in May 2008 when Eritrea would have elections, President Isaias Afwerki quipped “what elections?” With his answer, he clearly declared before the international community his intention to rule the country for life without accountability.

Al Jazeera writes: The United Nations Human Rights Council has approved a resolution calling for an immediate end to all violations in Ethiopia’s embattled Tigray region and for Eritrean troops, who support the federal government against Tigrayan forces, to quickly withdraw in a verifiable manner. 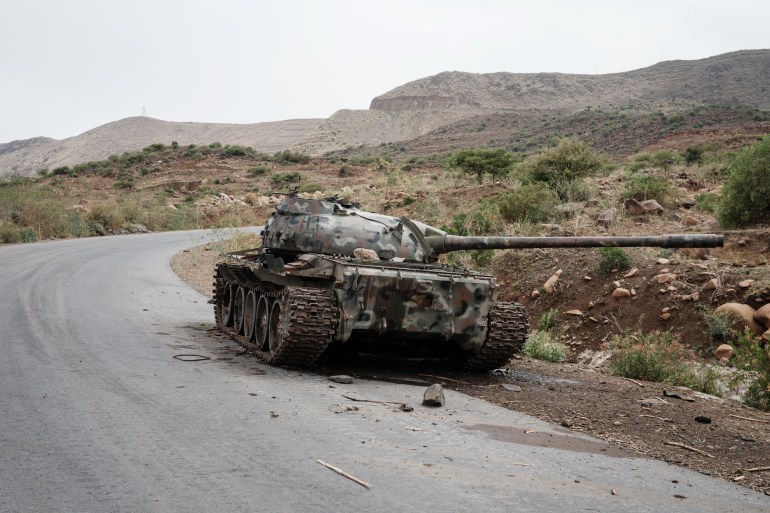