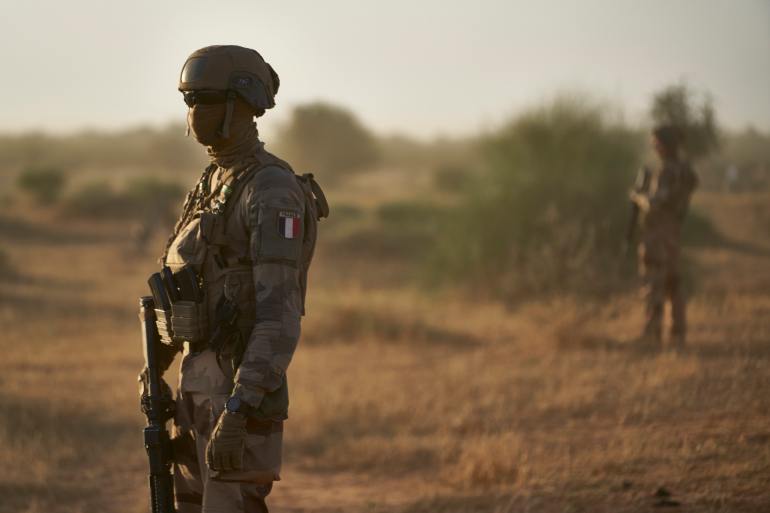 The French military has killed several high-ranking members of ISGS under its strategy of singling out its fighters since the start of its military intervention in Mali in 2013 [File: Michele Cattani/AFP]

France says that the leader of ISIL (ISIS)-affiliated Islamic State in Greater Sahara (ISGS) group, known for its deadly attacks in the so-called tri-border region of Mali, Niger and Burkina Faso, has been killed by French forces.

“[Adnan Abu Walid al-Sahrawi], leader of the terrorist group Islamic State in the Greater Sahara was neutralised by French forces,” French President Emmanuel Macron said in a tweet on Thursday.

The Franco-German relationship is more important than ever in order to deal with international crises and to develop a common European foreign and security policy. With elections coming up, William Glucroft discusses the strategic outlook with Ronja Kempin and Paul Maurice.

Over the past years, the Eastern Mediterranean has become centerstage of an increasingly internationalized and militarized conflict driven by different albeit interlinked issues and an arena for a growing variety of actors to project their geopolitical ambitions.

– Even though Germany and France broadly share similar concerns regarding Turkey, their views differ on the question of how to best respond to Ankara, impacting the EU’s ability to respond to the arising challenges.

– Berlin has favored a more conciliatory approach, not least because Turkey remains an important albeit challenging partner for Berlin. Paris has come to see Turkey foremost as a geopolitical rival whose ambitions and disruptive policies need to be curbed by a harder EU line.

– The EU’s current “dual approach” attempts to bridge these differences. However, France and Germany need to clarify their common expectations to overcome their divergences regarding immediate interests and strategic outlooks.

Conflicts in the EastMed: From Germany’s and France’s Conflicting Strategies to a Dual Approach | IFRI – Institut français des relations internationales 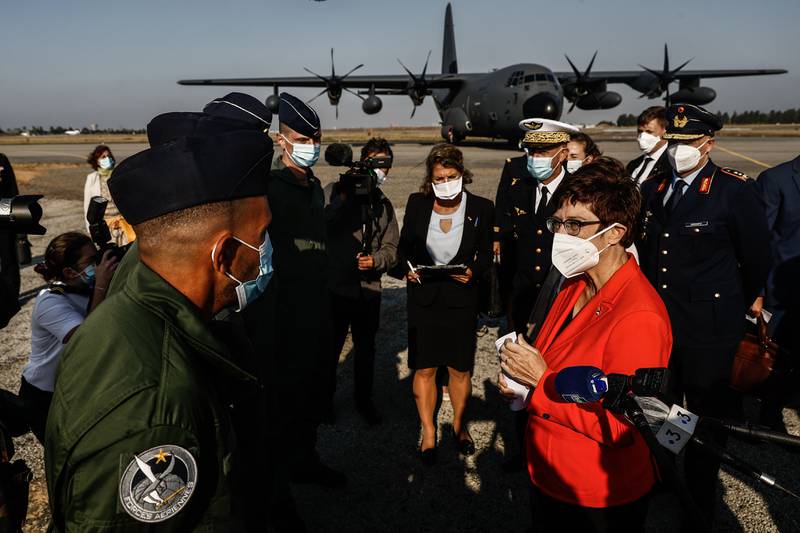 Germand Defense Minister Annegret Kramp-Karrenbauer (R) speaks with pilots near a Lockheed C-130J transport plane during a visit to lay the foundation stone of a new hanger housing a Franco-German squadron of C-130J transport planes at the French airbase 105 in Evreux, northwest France, on September 17, 2020. (Photo by SAMEER AL-DOUMY/AFP via Getty Images)

After several years of planning, the French and German air forces have formally launched a binational tactical air transport squadron starting this month, with plans to fully establish the new unit within three years.

French Defense Minister Florence Parly and German Defense Minister Annegret Kramp-Karrenbauer signed an agreement Aug. 30 to officially create a joint C-130J squadron based at Evreux Air Base in Normandy. The nations’ pilots will then train in mixed teams “without distinction of nationality,” the two defense ministries said in a joint release.

The Franco-German relationship is more important than ever in order to deal with international crises and to develop a common European Foreign and Security Policy.

The chaotic aftermath of Washington’s troop withdrawal from Afghanistan is being followed with a mix of trepidation and glee thousands of kilometers away — in Africa’s Sahel, where another foreign power, France, also vows to wind down its long-running counterinsurgency operation, at least in its present form.