This German federal election is crucial for Europe’s future. Angela Merkel’s successor has the choice of leading Europe toward more integration and strategic relevance or abetting its gradual, inexorable decline.

A senior Chinese diplomat on Wednesday issued a stern warning to Germany and the EU over their discriminatory actions against Chinese businesses, vowing that China will not “sit idle” regarding such actions and urging relevant parties in Europe to not take a condescending attitude toward China and behave like a teacher.

German Chancellor Angela Merkel, after 16 years at the helm, is leaving her office in two weeks after the federal election. During the election campaign, her potential successors pledged to part course with her by being tougher with China, which raises concerns if the vital and mutual beneficial cooperation between the two countries will face headwinds.

Germans are known for their fondness for the status quo. The mere fact that Chancellor Angela Merkel has been in office for 16 years speaks volumes about their desire for fundamental change.

But, while consistency in personnel has been a defining feature of the chancellery, the world around Germany has changed massively during this period. And it has not developed in the direction that most Germans would have preferred. This holds particularly true for China, Germany’s largest bilateral trading partner.

The China factor in the German election – European Council on Foreign Relations (ecfr.eu) Israel has received its fourth and final Sa’ar 6 warship as the country implements a new naval doctrine aimed at bolstering defensive capabilities in its exclusive economic zone.

Israel has been receiving the ships since November 2020. The arrival of the Nitzahon corvette on Aug. 30 in the port of Haifa follows its two-week journey from Germany, where it was built. It also came a day before Israel announced a naval exercise dubbed Noble Waters with the U.S. Navy’s 5th Fleet. 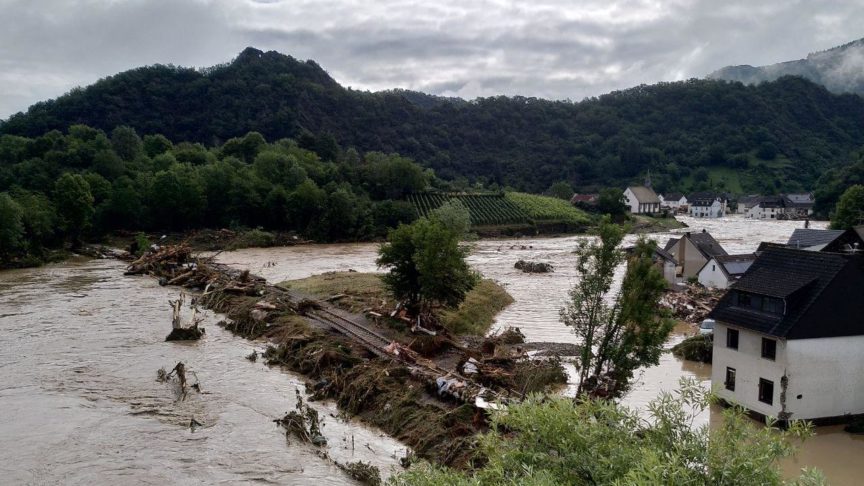 Floods in Altenahr, Germany, July 2021. Image byMartin Seifert CC0
Ten years ago, the Fukushima Daiichi nuclear power plant in Japan underwent a meltdown. Radiation was released into the atmosphere and more than 150,000 people had to be evacuated from surrounding areas. In Germany, support for the Greens rose to an unprecedented 28 per cent, forcing Chancellor Angela Merkel to U-turn on nuclear power generation – just weeks earlier she had given the go-ahead to extend the lifespan of Germany’s plants. Could recent extreme weather events in Germany and other parts of Europe have a similar impact on Germany’s general election on 26 September?
Flash in the pan: Flooding in Germany and the politics of climate – European Council on Foreign Relations (ecfr.eu)

The Franco-German relationship is more important than ever in order to deal with international crises and to develop a common European foreign and security policy. With elections coming up, William Glucroft discusses the strategic outlook with Ronja Kempin and Paul Maurice.

Over the past years, the Eastern Mediterranean has become centerstage of an increasingly internationalized and militarized conflict driven by different albeit interlinked issues and an arena for a growing variety of actors to project their geopolitical ambitions.

– Even though Germany and France broadly share similar concerns regarding Turkey, their views differ on the question of how to best respond to Ankara, impacting the EU’s ability to respond to the arising challenges.

– Berlin has favored a more conciliatory approach, not least because Turkey remains an important albeit challenging partner for Berlin. Paris has come to see Turkey foremost as a geopolitical rival whose ambitions and disruptive policies need to be curbed by a harder EU line.

– The EU’s current “dual approach” attempts to bridge these differences. However, France and Germany need to clarify their common expectations to overcome their divergences regarding immediate interests and strategic outlooks.

Conflicts in the EastMed: From Germany’s and France’s Conflicting Strategies to a Dual Approach | IFRI – Institut français des relations internationales