China looks to Germany for its influence in Europe, South Africa hopes for continuity, and Russia doesn’t think bilateral relations will improve now

How the world looks at the German elections – Foreign and security policy | IPS Journal (ips-journal.eu)

The Reichstag building (1884-1894) seat of the German parliament, in Berlin

On 26 September, much of the world took a deep breath and waited for the results of what had been called the most important German election in a generation. But most German voters seemed to be unaware of the world’s interest. Instead of giving one or the other of the parties on the ballot a clear mandate, voters spread their support among six parties and gave no one a clear victory. Each of the two leading parties claims a mandate to form a government.

Boeing has inked a contract with the U.S. Navy to produce five P-8A Poseidon maritime surveillance and anti-submarine aircraft destined for the German sea service, the company announced.

The contribution of human capital to economic growth (brookings.edu)

Now comes the hard part. Germany’s Social Democratic Party (SPD) topped outgoing Chancellor Angela Merkel’s long-reigning Christian Democratic Union (CDU) in federal elections on Sunday. While the margin wasn’t huge—the left-leaning SPD took 25.7 percent of the vote relative to the conservative CDU’s 24.1 percent—it was the latter party’s worst performance ever, and sets the stage for protracted coalition negotiations (which we mapped out before the vote) that could lead to the country’s first three-party ruling partnership. So what could Germany’s next government look like? And what will it mean for Europe and the wider world? Our experts capture the zeitgeist.

In the space of just months, Olaf Scholz has completely reversed the Social Democrats’ decade-long decline. By running on a message of dignity and respect for all workers, the party has adapted to the current moment and managed to siphon voters away from just about every other party.

Two high-resonance processes have been simultaneously unfolding in Europe in the last few weeks: the sharp increase in the prices on natural gas (see EDM, August 11) as well as the fierce contestation in the parliamentary elections in Germany. Each one is driven by a complex and unique interplay of economic and political forces, and Russia prefers to downplay its role in both, but it has tried to exploit the former to influence the latter. The political outcome of the German elections last Sunday (September 26) may remain undetermined for weeks, if not months, as parties jockey to create a workable coalition government, but Moscow may feel satisfied for two reasons. First, Russia largely avoided accusations of election interference; and second, its energy agenda apparently succeeded in constraining the rearrangement of politics in Berlin. Climate change was a major issue in the turbulent campaign season in Germany, but the proposition to reduce German dependency on the import of Russian gas voiced by some quarters (notably the Greens) was effectively reduced to irrelevance. 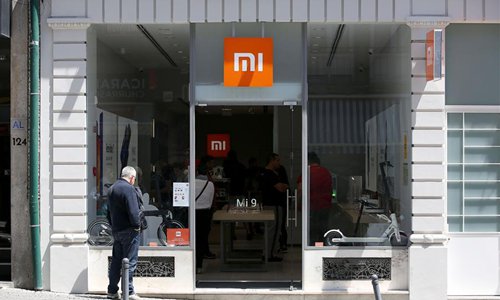 Germany will reportedly investigate the cyber security status of some Chinese mobile phones, following a recent report by Lithuania’s Defense Ministry accusing that phones produced by Chinese vendor Xiaomi sold in Europe have a built-in ability to censor content. 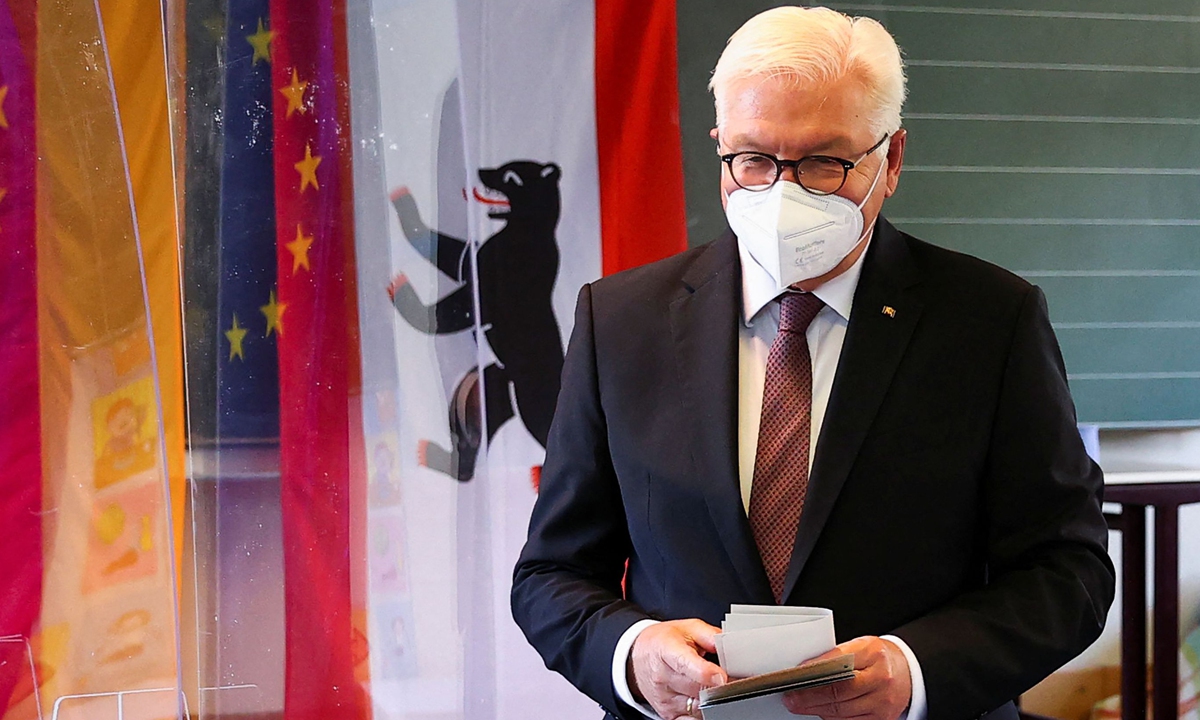 German President Frank-Walter Steinmeier votes at a polling station in Berlin during general elections on Sunday. Polls have already opened in Germany as voters choose a new parliament. The outcome will determine who gets to replace Angela Merkel after almost 16 years as chancellor. Photo: VCG

In what has been dubbed by observers as a “most uncertain election,” Germans are voting to decide who will succeed long-serving Chancellor Angela Merkel. Yet what is certain is that the next German leader will carry on Merkel’s “pragmatic” policy toward China as it stands for the best interest of Europe’s bellwether.