The Malian government has denied that it plans to negotiate with leaders of al-Qaeda’s local affiliate, walking back an earlier statement from its religion ministry saying that it would do so.

“The Government informs the national and international public that to date, no national or international organisation has been officially mandated to carry out such an activity,” the government said in a statement published on social media on Thursday night.

Mali’s government says that it has asked the country’s main Islamic body to open peace talks with leaders of al-Qaeda’s local affiliate in an effort to end a decade of conflict.

The latest announcement on Tuesday by the religious affairs ministry marks by far the most concrete step towards negotiations with group leaders, though it is not clear when talks would begin.

Mali’s Prime Minister Choguel Kokalla Maiga has told the Russian media he has evidence that France has been training “terrorist” groups operating in the West African country.

Maiga said French troops had created an enclave in Kidal, a town in the desert region of northern Mali, and handed it over to a “terrorist group” known as Ansar al-Din, allegedly linked to al-Qaeda. He said the Malian military was banned from entering the territory.

Mali has summoned France’s ambassador to the country to register its “indignation” at French President Emmanuel Macron’s recent criticism of the country’s government, which is dominated by army figures.

Tensions between France and its former colony Mali have been high since it emerged that the Sahel state is in talks with Russian mercenaries.

António Guterres expressed his deep condolences to the family of the victim, as well as the Government and people of Egypt, wishing a speedy recovery to the injured peacekeepers serving with the UN Stabilization Mission for Mali (MINUSMA).

In a statement, MINUSMA said they had been travelling in a convoy near Tessalit, inside the restive Kidal region, when their vehicle hit an improvised explosive device.
UN chief condemns attack on UN peacekeepers in Mali | | UN News 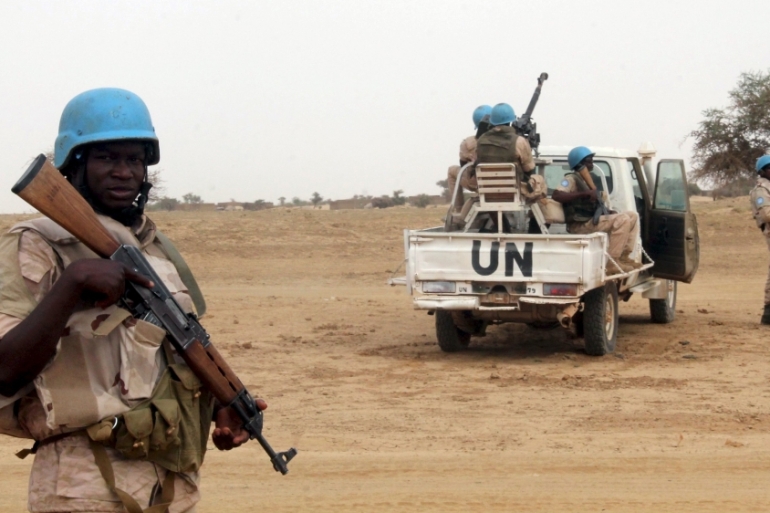 A peacekeeper has died and four others seriously injured in Mali’s volatile north, near the Algerian border when an improvised explosive device went off, the United Nations said.

“One dead and three seriously injured after one of our teams hit an improvised explosive device near Tessalit,” close to the Algerian border, the UN peacekeeping mission in Mali, MINUSMA, said on Saturday.

The Taliban’s takeover in Afghanistan has triggered strong emotions: anger, disappointment, helplessness. Criticisms have been raining down, not only against the merciless holy warriors themselves, but also against their apparently incompetent opponents, the Afghan government and its military, as well as the US administration and NATO.

A cargo plane has delivered four helicopters, weapons and ammunition from Russia to Mali, according to the military-led authorities in the West African country.

Interim Defence Minister Sadio Camara said late on Thursday Mali had acquired the aircraft in a contract agreed in December 2020 to support its armed forces in their battle – alongside French, European and United Nations troops – with fighters linked to ISIL (ISIS) and al-Qaeda. 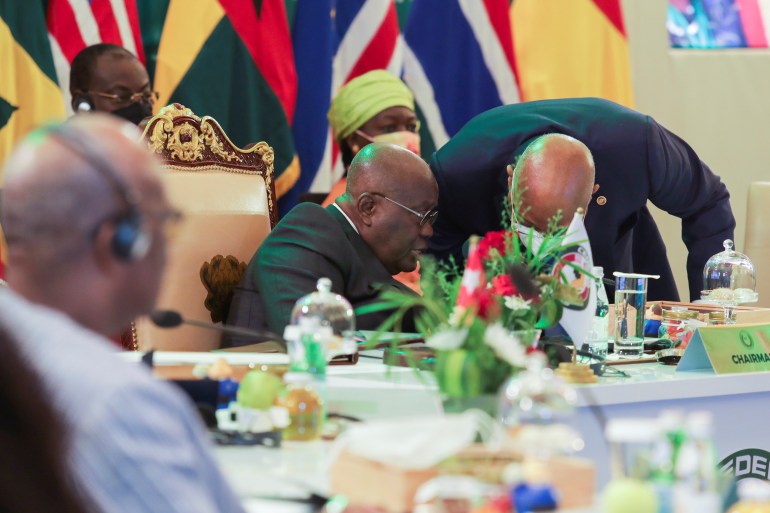 West Africa’s main regional bloc has imposed sanctions against the military government in Guinea and those slowing Mali’s post-coup transition – its toughest response yet to a run of military takeovers.

The move on Thursday was agreed at an emergency summit of the Economic Community of West African States (ECOWAS) in Accra to respond to last week’s putsch in Guinea and perceived slow progress towards constitutional rule in Mali following a coup last year.