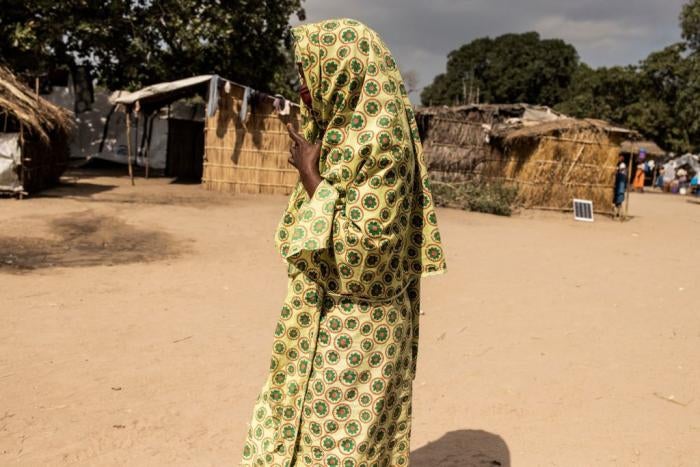 A woman walks through the Internally Displaced Person camp “25 de junho,” in Metuge, Mozambique on May 20, 2021.  © 2021 JOHN WESSELS/AFP via Getty Images

Allegations of sexual exploitation and abuse of women in exchange for humanitarian aid have reemerged in Mozambique, this time among people displaced by armed Islamist groups in the northern Cabo Delgado province.

Last month, while interviewing internally displaced people (IDPs), I spoke with a 23-year-old woman called Abiba, who described sexual harassment by a relief worker. She told me that after she arrived by boat at Paquitequete beach in Pemba, the provincial capital, a relief worker assisting the IDPs offered her a safe place to stay in an accommodation center if she would have sex with him. Abiba refused and for fear of further harassment didn’t approach local authorities for help. Instead, she decided to stay at the house of another IDP’s relative in Pemba — with 38 other people.

Rwandan forces deployed last month to help Mozambique’s army battle rebels said on Sunday they have recaptured control of the key northern port of Mocimboa da Praia from the armed group. “The port city of Mocimboa da Praia, a major stronghold of the insurgency for more than two years has been captured by Rwandan and Mozambican security forces,” the Rwanda Defence Forces said in a tweet.

DAVID BREWSTER writes: In recent days, military advance teams from South Africa and Botswana began to deploy to northern Mozambique to support governments forces in their fight against a growing Islamist insurgency. They will join Rwandan combat troops and military training contingents from Europe and the United States. But there is little cause for optimism. There is a significant risk that current regional support for Mozambique will not achieve its objectives and that a larger international military coalition will be required to quell the fighting.

The announcement came on Friday after the 16-member Southern African Development Community (SADC) approved last month the deployment of joint forces to help Mozambique respond to the nearly four-year-old conflict, which has killed some 3,000 people and displaced almost 800,000, half of whom are children. 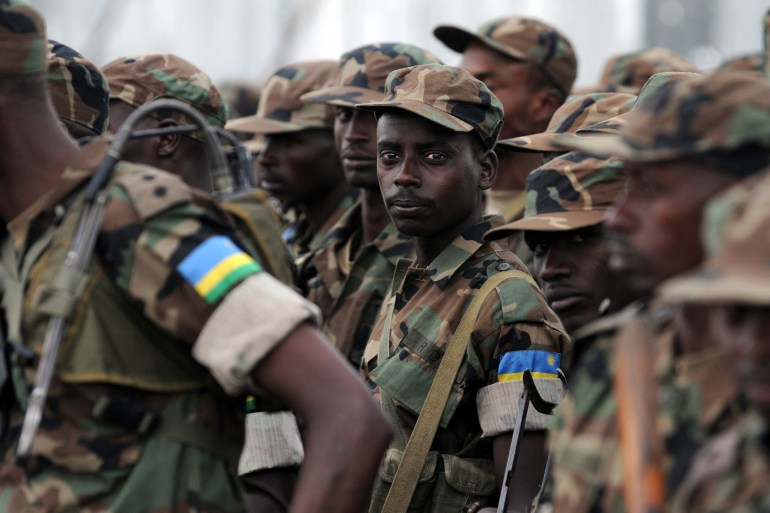 Rwanda said forces would have deployed in full by Saturday [File: Lionel Healing/AFP]

After months of deliberation and inconclusive meetings about addressing violence in northern Mozambique, leaders from the Southern African Development Community (SADC) agreed on Wednesday to send a regional military force to help government forces to fight an armed group affiliated with the Islamic State (ISIS).

Attacks marked major intensification in violence that has wreaked havoc across Cabo Delgado province for over three years.

Thousands of displaced people stream into Pemba and other parts of northern Mozambique after attack on town of Palma.