Despite the shortcomings of its healthcare system, Myanmar’s initial response to the COVID-19 pandemic seemed cautiously optimistic. The National League for Democracy (NLD) government sought epidemiological advice from world-renowned sources in February 2020, launching a Health Sector Contingency Plan and a COVID-19 Economic Relief Plan in April. 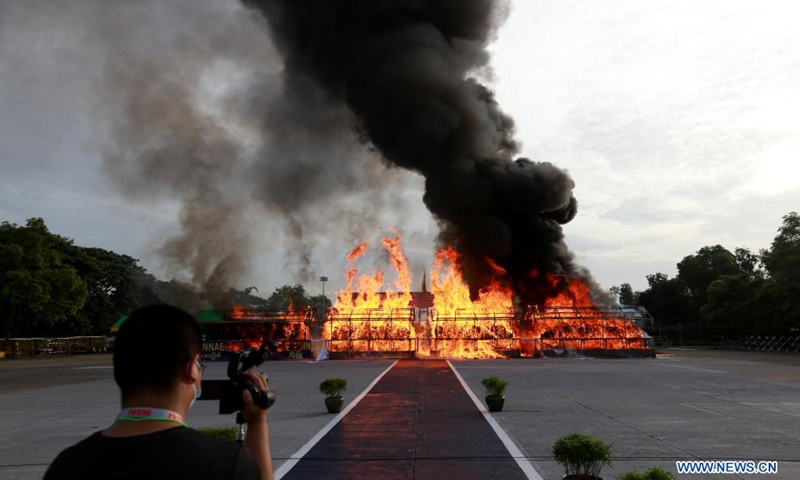 Some Chinese state-owned companies in Myanmar said that they encountered certain disruptions, and they are following contingency plans such as asking some local employees to stay at home and suspending operations amid rising tensions in Myanmar.

Following the February 1 coup in Myanmar, the response of the 10-nation Association of Southeast Asian Nations (ASEAN), which includes the country, has come under a microscope. All sorts of diatribes have been made against the bloc, which includes a mix of regime types. Political analysts and pundits have faulted the non-military organization’s time-tested practices of non-interference, non-use of force, and pacifist means to end conflicts. They often belittled the time-consuming process of decisionmaking.

Myanmar’s military government has arrested two more local journalists, army-owned television reported on Saturday, the latest among dozens of detentions in a sweeping crackdown on the media since a February 1 coup. 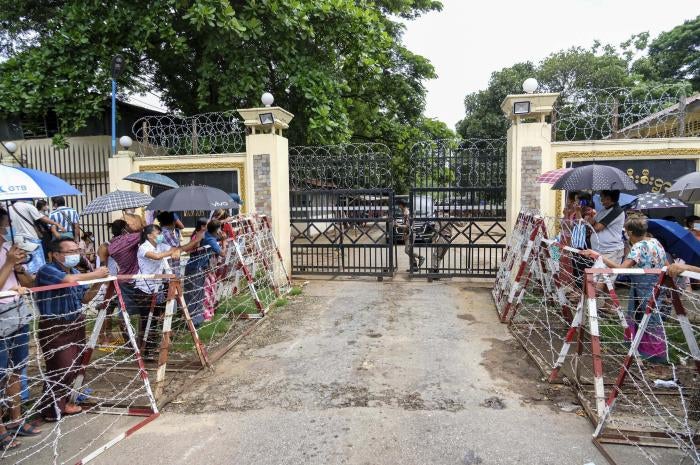 Relatives wait in front of Insein prison for the release of people detained since the February 1 military coup, June 30, 2021. © 2021 Santosh Krl / SOPA Images/Sipa via AP Images

Myanmar’s Covid-19 crisis is spiraling out of control, as the coronavirus spreads among the most marginalized populations, including those in the country’s prisons. The escalation of politically motivated arrests since the February 1 military coup has corresponded with a surge in infections in the country’s overcrowded and unsanitary prisons, where access to health care is poor.

Since the 1 February coup, Myanmar’s military government is attempting to gain international recognition and legitimacy while the country’s people continue to oppose it. The international community has emphasised the need for a peaceful resolution. Against the backdrop of this political impasse, the politics of recognition is taking centre stage — but is this helping anybody?

Moving beyond the politics of recognition in Myanmar (eastasiaforum.org)

Al Jazeera writes: The United States has accused Myanmar’s military generals of playing for time after coup leader Min Aung Hlaing extended the deadline for new elections, with Secretary of State Antony Blinken urging the Association of Southeast Asian Nation (ASEAN) to step up efforts to resolve the political turmoil triggered by the power grab. Blinken is participating virtually this week in talks with foreign ministers from ASEAN, whose 10 members include Myanmar.

Al Jazeera writes: US Secretary of State Antony Blinken has expressed “deep concerns” about the military coup in Myanmar and called on Southeast Asian nations to take action to end violence and restore democracy in the country.

Al Jazeera writes: Myanmar’s deposed leader Aung San Suu Kyi is facing four additional criminal charges, filed in a court in the country’s second-biggest city Mandalay, according to her lawyer, as the United Nations called for reconciliation in the violence-wracked Southeast Asian nation. Aung San Suu Kyi’s legal team had little information about the latest charges, except that they relate to corruption and that two were also levelled at Min Thu, a former minister in her government, lawyer Min Min Soe told the Reuters news agency on Monday. 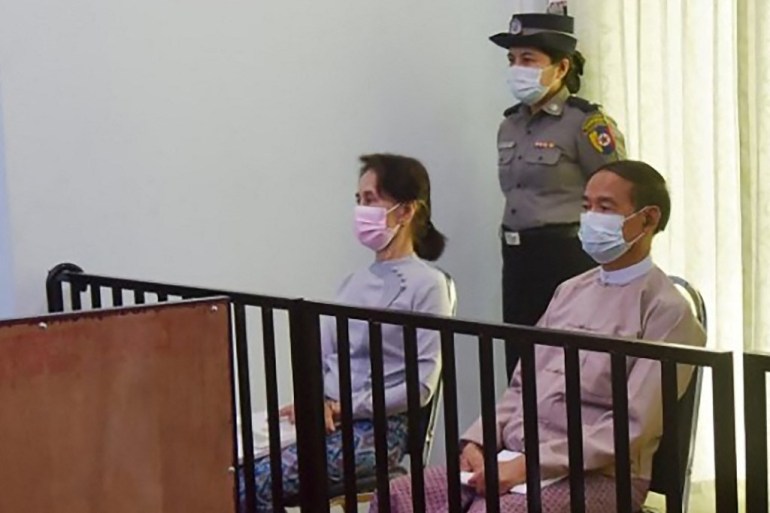