The military coup d’état in Guinea on the 5th of September, 2021 and the consequent ouster as well as arrest of the 83-year-old former President Alpha Condé is a significant development in the politics of the west African region. Col. Mamady Doumouya, Head of the Special Task Force, seized power and dissolved the constitution. Condé, according to his opponents, was running an incompetent and authoritarian regime. Although the GDP of Guinea was growing at an average of 5 percent for the past five years, 70 percent of the people were earning less than US $3.20 a day. The state of roads, hospitals, and infrastructure was worsening. More importantly, Condé was violating human rights while handling his opponents. Col. Mamady Doumouya mentioned poverty and corruption as the crucial reasons for the coup. With the fall of the Condé regime, the military will form a proper government within the next few weeks. However, international organisations such as the United Nations (UN), the African Union (AU) as well as Economic Community of the West African States (ECOWAS) have condemned the coup and demanded the release of Condé. The ECOWAS went as far as to suspend Guinea from its membership and offered to send mediators to resolve the crisis. One of the major consequences of the fall of the Condé regime is the resultant uncertainty in the supplies of bauxite and iron ore. Guinea has the largest bauxite reserves in the world, which is the main source of aluminium; bauxite prices have spiked to a 10-year high in the Metal Exchange as the coup has jolted the bauxite market.

The fall of Alpha Condé’s regime in Guinea: A critical appraisal | ORF (orfonline.org)

The nuclear domain is constantly grappling with challenges of existing and emerging threats in terms of both nuclear safety and security. Perceptions around nuclear security threats became particularly serious after the 9/11 terrorist attacks in the United States (US). Since then, the international nuclear community has channeled their efforts to build and strengthen global institutions, norms, and regimes in order to build and/or sustain robust and protective mechanisms in the nuclear security domain.

Until the general elections in 2017, nobody in Nepal believed that the communists would be able to grab power and would prove to be an unchallenged force in the country. Therefore, it was rather surprising when the alliance of the Communist Party of Nepal–Unified Marxist-Leninist (CPN-UML), led by KP Sharma Oli, and the Communist Party of Nepal–Maoist Centre (CPN-MC), led by Pushpa Kamal Dahal, together, won close to two-thirds (64  percent) of the seats in the 275-member House of Representatives (HoR), the Nepalese Parliament. The communists consolidated their strength further after these two major communist parties—the CPN-UML and the CPN-MC—merged and a new party, the Nepal Communist Party (NCP), was formed in May 2018.

The fall of communism in Nepal | ORF (orfonline.org)

India and Russia are set to sign a bilateral military logistics agreement in the coming months.  The India-Russia bilateral agreement is called the Reciprocal Exchange of Logistics Agreement (RELOS), similar in title to an India-U.S. agreement called the Logistics Exchange Memorandum of Agreement (LEMOA). Like all logistics service agreements, the RELOS is meant to be a reciprocal arrangement by which the two nations can use the military logistics facilities while on visit to each other’s ports, bases, and military installations.

In late June this year, Reliance Industries announced a US $10 billion investment for the production and use of hydrogen (H2). H2 is a colourless gas physically. But in the race to Net Zero Carbon, it comes in multiple colours, each representing a specific process.

If data is the new oil, is Hydrogen the new gas? | ORF (orfonline.org)

Since India gained independence, its relationship with Russia had always been cordial. However, bilateral business has been undergoing a deep transformation, a function of domestic transformations in India and Russia since the 1980s. Most of the legacy businesses died save for a few niches, but there are green shoots that are promising. 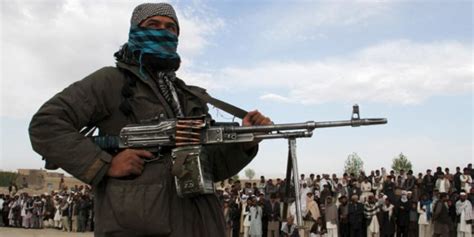 Taliban Victory Threatens to Be a Double-Edged Sword for Pakistan (besacenter.org)

The speedy collapse of the Afghan security forces and the tactical offensive of the Taliban has been an intensely discussed issue amongst scholars and practitioners across the world. While the arguments generally boil down to the Taliban’s psychological warfare and the Afghan government’s incapability to defend the state, several of these assertions have missed out on an important aspect that facilitated the Taliban’s march to power ,i.e., the economics of the conflict. In fact, it wouldn’t be an exaggeration to suggest that it was the very basic economic concepts such as ‘incentives’, ‘public goods’ and ‘free riding’ that determined the victors and the losers in the Afghan battlefield.

The economics of the Taliban takeover | ORF (orfonline.org)

Sri Lankan Prime Minister Mahinda Rajapaksa tweeted on 18 August 2021 that he had spoken to the former President of Afghanistan, Hamid Karzai, “to inquire about the ongoing developments unfolding in his country and reaffirmed #SriLanka’s continued support to the People of Afghanistan.” Sri Lankan Media Minister and Cabinet Spokesperson, Dullas Alahapperuma, has since said that President Gotabaya Rajapaksa has directed the Foreign Ministry to discuss the situation in Afghanistan and to announce Sri Lanka’s stand on it. Alahapperuma added that Sri Lanka was saddened by the plight of the Afghan people with so many trying to leave the country.

The Foreign Ministry released a statement on 21 August 2021, maintaining that the Government of Sri Lanka was “deeply concerned” and “closely monitoring developments”, emphasising that their primary concern was the safety and security of Sri Lankans living in Afghanistan and evacuating them to safety or back to Sri Lanka. It also stated that Foreign Minister Prof GL Peiris was meeting relevant envoys and requesting their assistance for Sri Lankans in Afghanistan. Further, Prime Minister Mahinda Rajapaksa has met with the Afghan Ambassador to Sri Lanka, M. Ashraf Haidari, and offered “full support” to the embassy in Colombo. Ambassador designate of Sri Lanka to Iran, Wishwanath Aponsu, called on the Iranian Minister of Foreign Affairs on 1 September 2021 in Tehran. While this was simply a courtesy call, in the current geopolitical climate, when the entire world is waiting, watching, and assessing the situation in Afghanistan, any engagement between countries in the region becomes relevant.

Evolving dynamics of the Af-Pak region and its impact on Sri Lanka and Maldives | ORF (orfonline.org)