A US B-2 stealth bomber (right) flies over a US air base in Pyeongtaek, south of Seoul. File Photo: AFP

A US media report on Saturday said that a mysterious flying wing aircraft was recently photographed over the Philippines, leading to speculations that the stealth aircraft could belong to the military of the US or China since the Philippines sits in a strategic location between the South China Sea and the Philippine Sea.

Flying wing aircraft over the Philippines is likely from the US, not China: expert – Global Times

Philippine President Rodrigo Duterte has agreed to be the ruling political party’s vice-presidential candidate in next year’s elections, the PDP-Laban party said on Tuesday, laying the groundwork for the leader to stay in power beyond his term.

The PDP-Laban party made the announcement ahead of a national assembly on Sept. 8 where it is also expected to endorse Duterte’s aide and incumbent senator Christopher “Bong” Go to be its presidential candidate in the 2022 polls.

Gemmo Fernandez writes: On 14 June 2021, the Prosecutor of the International Criminal Court (ICC) Fatou Bensouda announced the completion of her preliminary examination into the Philippine government’s deadly campaign against illegal narcotics. She concluded that there is reasonable basis to believe that a crime against humanity was committed in the Philippines, with state actors engaging in widespread and systematic attacks against the civilian population pursuant to a state policy.

Ted Regencia writes: When Philippine President Rodrigo Duterte delivered his final State of the Nation Address (SONA) on Monday, a meandering and profanity-laden spiel that broke the record for a speech that clocked in at two hours and 45 minutes, he faced headwinds few of his predecessors had encountered. Duterte acknowledged as much in his speech when he said that his “dreams and visions of a better life for all Filipinos” had run into some “unforeseen events”, referring to COVID-19 and the lockdown that stalled his plans.

Liu Caiyu writes for Global Times: Allegation from a former Philippine diplomat saying China played a role in helping Philippine President Rodrigo Duterte win a landslide victory in 2016 is ridiculous, and it’s meant to sow discord between China and the Philippines, Chinese analysts said on Tuesday. 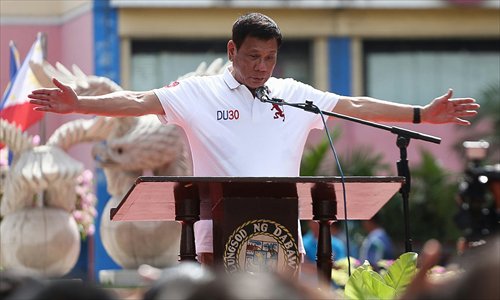 Ted Regencia writes for Al Jazeera: In the days leading up to the fifth anniversary on Monday of The Hague’s 2016 ruling that rejected China’s historical claim to most of the disputed South China Sea, the Philippines’ often abrasive Foreign Affairs Secretary Teodoro Locsin Jr sounded celebratory, hailing the occasion as “a milestone in the corpus of international law”. “The Philippines is proud to have contributed to the international rules-based order,” he said of Manila’s role in challenging Beijing before the Permanent Court of Arbitration. 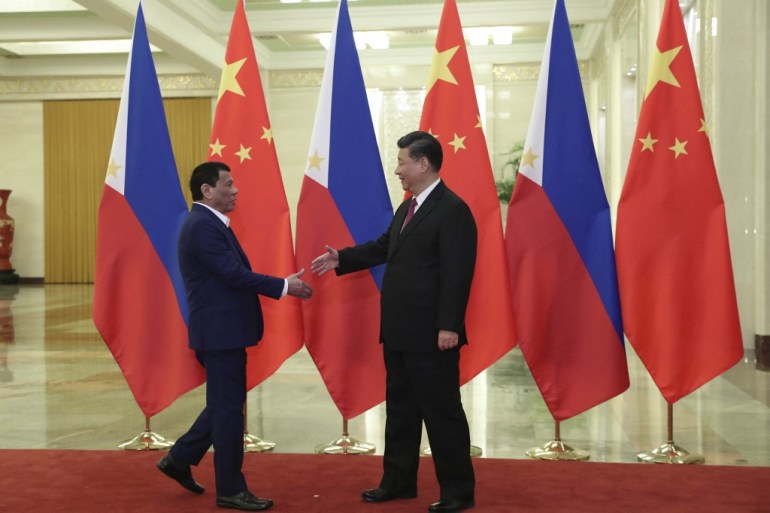 The Philippine government should immediately drop its plan to organize new militias that would worsen the country’s disastrous human rights situation, Human Rights Watch said today. The Philippines has a long history of arming civilians in militias or other organized groups that have been responsible for extrajudicial killings, torture, and other rights violations committed with impunity.

How can we clean up the world’s most polluted rivers? | World Economic Forum (weforum.org)

On 5 May 2021, the Philippine government confirmed the appointment of Lieutenant General Guillermo Eleazar as the country’s police chief. He succeeds General Debold Sinas, who reached the mandatory retirement age of 56 after six months in the job. Eleazar’s appointment comes at a critical time in the administration of strongman President Rodrigo Duterte.

Aside from implementing Duterte’s brutal war on drugs, the Philippine National Police (PNP) also plays a crucial role in government’s management of the COVID-19 pandemic. The police have also been instrumentalised to expand presidential powers and consolidate an illiberal regime. Amid the pandemic, the PNP deployed excessive force against protesters and marginalised communities and was ordered by Duterte to shoot down troublemakers. The number of attacks both by unidentified assailants and the state’s security forces, as elucidated by Human Rights Watch, have increased during the pandemic.

Recently, the police have been red-tagging — blacklisting groups by labelling them as communists — ‘community pantries’ that help disadvantaged individuals obtain food. Police units have allegedly been patrolling food banks and are linking organisers to the communist movement, putting their lives at risk. While Sinas denied the existence of orders from national headquarters to monitor and profile community pantries, it is difficult to take his words at face value.

In today’s age of social media, the PNP have also weaponised digital platforms to vilify the media and spread fear and misinformation regarding protesters, public figures and opposition politicians. With the contentious Anti-Terrorism Act of 2020 also in effect, the PNP’s newly appointed head will definitely have much to manage.

Some contend that Eleazar may benefit from replacing an unpopular police chief. Before assuming the top post, Sinas was infamous for his birthday celebrations at the height of COVID-19 lockdown restrictions. As the then-police chief of the National Capital Region (NCR), Sinas held a crowded feast on 8 May 2020 inside the NCR police headquarters. Netizens created satirical memes to express their outrage at the ill-considered birthday bash.

Despite the blatant flouting of pandemic restrictions, the then-PNP chief General Archie Gamboa defended Sinas from the slew of criticisms and claimed that it was not a party but only a mañanita, a breakfast serenade. He also asserted that Sinas would remain as NCR police chief as he was ‘hard to replace’. Duterte went on to clear Sinas of any violations and eventually appointed him in the institution’s highest position six months later.

Such responses by top government officials were disappointing but unsurprising. After all, the socio-political landscape of the Philippines has long been beset by a culture of impunity. Wrongdoers are rewarded instead of being investigated and lawfully prosecuted if they are authority figures or an affiliate of such figures.

Eleazar will not only need to administer law and order but also effectuate policies to improve the besmirched reputation of the PNP and reduce the institutional ills that are plaguing the 220,000-strong police force. Addressing public concerns about the new anti-terrorism law, ending the bloody drug war and dangerous red-tagging activities, upgrading the PNP’s organisational capacities against non-traditional threats and holding delinquent officers accountable should be high on Eleazar’s to-do list. The actualisation of these duties may be challenging considering the nature of the Duterte regime, where the PNP is primarily mobilised to elevate ‘order over law’ and serve as ‘willing executioners for the president’.

Prior leadership changes at the top failed to produce substantial reforms due to the organisation’s deeply rooted ills. It will take determination and stamina to achieve institutional change, but Eleazar should consider his appointment as an opportunity to lead the PNP at this critical juncture.

During the Change of Command ceremonies on 7 May, Eleazar fired a strong salvo by declaring that during his tenure as police chief ‘every single centavo of your hard-earned money allocated to us will be in good hands. To the remaining hoodlums in police uniforms, I will make sure that you will hate me’. If Eleazar makes good on his promise and uses his chance in this position to its full potential, then the people of the Philippines may have more than a dubious mañanita to celebrate.