Transitioning into District 2020, the Expo 2020 Dubai site will live long after the event closes its doors in March 2022.

Final checks are being carried out and global stars are preparing to kick-off the launch of Expo 2020 Dubai with a glittering opening ceremony to be beamed to millions of visitors around the world.

Saudi Crown Prince Muhammad bin Salman’s vision for the kingdom’s future will have to toe a fine line between redefining the Saudi social contract and the danger of creating new grievances.

During the US presidential election campaign, Joe Biden distanced himself from the course of then-President Donald Trump, who was close with the Saudi royal family and concluded arms deals worth billions without strengthening human rights intentions in the kingdom.

Biden also stated outright that he had no desire to fraternise with “autocrats and dictators”. American values ​​cannot be sold for oil and weapons, he claimed.

President Joe Biden’s national security adviser, Jake Sullivan, is travelling to Saudi Arabia to meet Crown Prince Mohammed bin Salman to press the kingdom to move towards a ceasefire in the conflict in Yemen, US officials have said.

On Monday, Sullivan will become the highest-ranking Biden administration official to visit Saudi Arabia. Beyond meeting Prince Mohammed, who is popularly known as MBS, he is expected to meet Deputy Defence Minister Khalid bin Salman, The Associated Press news agency reported, citing two officials who spoke on the condition of anonymity.

The Prime Minister of Pakistan strongly believes that better understanding between Tehran and Riyadh is in the interest of the region and the world.

In an interview to Arabic section of Russia Today (RT) television on the sidelines of the Shanghai Cooperation Organization (SCO) summit in Dushanbe, Tajikistan, he said the Islamic Republic of Iran is the most civilized neighbor of Pakistan.

Despite more than six years of Saudi-led military offensive against the Houthis, the situation in Yemen remains extremely complex and challenging for the Kingdom of Saudi Arabia. The Houthis have captured large parts of the Yemeni territory in the north-west of the country including the capital Sanaa. The Saudi-led military coalition’s twin objectives of pushing the Houthis back from Sanaa and reinstating the internationally recognised government of President Abd Rabbu Mansour Hadi remain unfulfilled.

The recent disagreement between Saudi Arabia and the United Arab Emirates (UAE) over oil production quotas has drawn attention to broader issues, such as diverging interests in the Yemen war and disputes over borders. Missing from the public discourse, however, is an assessment of the economic factors that are a game changer in Riyadh-Abu Dhabi relations. These conflicting national interests arise from a symbiotic relationship that has created massive economic imbalances that heavily favor the UAE, which Saudi Arabia is taking steps to remedy. Although Saudi Arabia lifted travel restrictions to the UAE for citizens this month in conjunction with the Dubai Expo 2020, much remains unresolved.

The speaker of the United States House of Representatives says she is “deeply concerned” about the alleged torture of a Saudi aid worker while in detention in Saudi Arabia.

The aid worker, Abdulrahman al-Sadhan, was detained by Saudi authorities in March 2018 and reported to be sentenced to 20 years in prison followed by a 20-year travel ban, according to an April 6 US State Department statement. 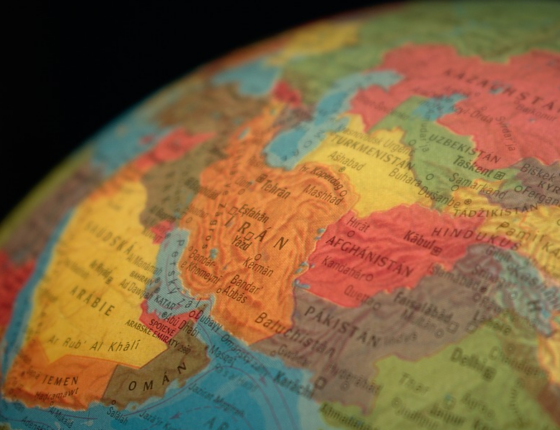 Boasting an almost 1,000-kilometer border with Iran and a history of troubled relations between the Iranians and Sunni Muslim militants, including the Taliban, Afghanistan could become a bellwether for the future of the rivalry between the Islamic Republic and Saudi Arabia.

Afghanistan May Be a Bellwether for Saudi-Iranian Rivalry (besacenter.org)