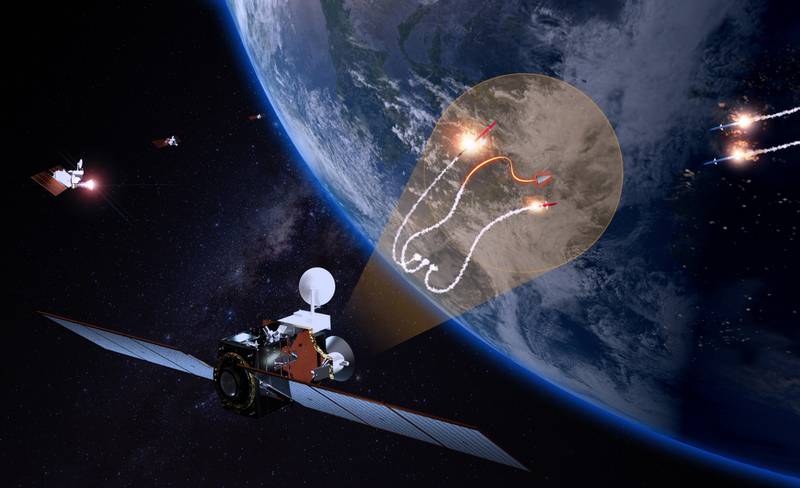 The Space Development Agency has approved design plans for its new missile warning satellites, which will be capable of detecting and tracking hypersonic weapons.

L3Harris Technologies announced Sept. 20 that the agency had completed preliminary design review of their satellites, marking an important milestone as the company prepares for production of the spacecraft. L3Harris will continue development of the missile warning satellites as it works toward critical design review.

“In the near future another six non-request measuring stations are to be placed abroad: two in Brazil (Belem and Colorado de Oeste), one in China (Shanghai), one in Indonesia (Bukittinggi, West Sumatra), one in India (Bangalore) and one in Angola (Luanda),” the corporation said.

Negotiations with foreign partners have been held and on-site reconnaissance work carried out and contracts are being coordinated at the moment.

“All contracts for deploying and operating the equipment were signed with Brazil back in 2020. All permissions to take the equipment out of Russia were obtained, too,” the corporation said.

Last year Russian specialists were unable to go to Brazil for assembling the equipment due to the pandemic. The deployment work was postponed till 2021-2020, when the epidemiological situation gets back to normal.

The equipment from Precision Instrument-Making Systems is meant for enhancing the accuracy and improving other parameters of the system GLONASS.

Roscosmos Center for Operation of ground-based space infrastructure and Basis Construction (Kazakhstan) signed an agreement for construction of a launch complex for the Soyuz-5 carrier rocket at the Baikonur Cosmodrome, Roscosmos CEO Dmitry Rogozin said Thursday.

According to the CEO, the sides start working on the reconstruction of both start and technical complexes of the Zenit rocket (a Ukrainian-made rocket that was previously planned for use in the Bayterek project).

Earlier during his visit to Yekaterinburg, Rogozin expressed his hope that the contract would be signed before the end of September.

In 2018, Russia and Kazakhstan signed a protocol on amendment of the 2004 inter-governmental agreement on the creation of the Bayterek complex at the Baikonur Cosmodrome. The protocol defines the sides’ obligations, as well as the procedure of the withdrawal of rent and handover of the Zenit-M complex ground infrastructure to Kazakhstan for modernization.

Kazakhstan is responsible for creating the ground infrastructure by upgrading the Zenit-M rocket complex while Russia develops Soyuz-5 and Soyuz-6 carrier rockets that will be launched from there. The first launch is scheduled for late 2023. The launching complex will be named the Nazarbayev’s Start.

Verifying that a satellite will resist the sheer noise of the rocket launching it into orbit is a very important test that every mission must successfully pass.

ESA confirmed a contract signature yesterday with Surrey Satellite Technology Ltd (SSTL) to be the main customer for their Lunar Pathfinder satellite launching in 2024 that will provide communications services around the Moon.

ESA – Path set for commercial communications around the Moon

The Air Force Research Laboratory is marking the next step in the development of its space-related infrastructure at Kirtland Air Force Base in New Mexico, beginning construction on a facility dedicated to simulation and analysis last week.

The $6 million, 10,685-square-foot Wargaming and Advanced Research Simulation (WARS) Laboratory will house wargaming and simulation branches for both the directed energy and space vehicles directorates.

The first step in improving the United Kingdom’s space domain awareness is bringing existing data together, said the head of the country’s new Space Command.

“There are so many different sensors out there already, it is about initially bringing that data together, understanding that data, using that data so we’ve got a single picture and understanding of what is going on,” said Air Vice-Marshal Paul Godfrey at the DSEI 2021 trade show in London Sept. 15.

The year was 1908 and the automobile was the prestige product of the age.  Designed by brilliant engineers with names like Daimler and Benz, they were built one at a time by skilled craftsmen and sold in small numbers to the very wealthy.

In that year of 1908, it all changed – because that was the year when the first Model T rolled off Henry Ford’s assembly line.  The car cost 23,000 of today’s dollars, and the price fell every year until – a decade later – Model Ts made up half of all cars in America.

Taiwanese President Tsai Ing-wen said Sept. 14 the country “must secure a strategic position in the space industry’s supply chain” by leveraging its competitive edge in semiconductor and precision engineering. To that end, Taiwan’s leader called for cooperation between government, the private sector and academia to launch a “local team dedicated to manufacturing satellites and ground station equipment as soon as possible.”