Since Afghan President Ashraf Ghani fled Kabul on 15 August, Russia has cautiously accommodated the Taliban’s seizure of power. Diplomats, such as Russian Ambassador to Afghanistan Dmitry Zhirnov and President Vladimir Putin’s envoy to Afghanistan Zamir Kabulov, have praised the Taliban’s contributions to security in Kabul and the struggle against Islamic State-Khorasan Province (ISIS-K). While Russia has no immediate plans to afford diplomatic recognition to the Islamic Emirate of Afghanistan, Putin recently stated that Moscow will engage with the Taliban as soon as it ‘enters the family of civilized people’. 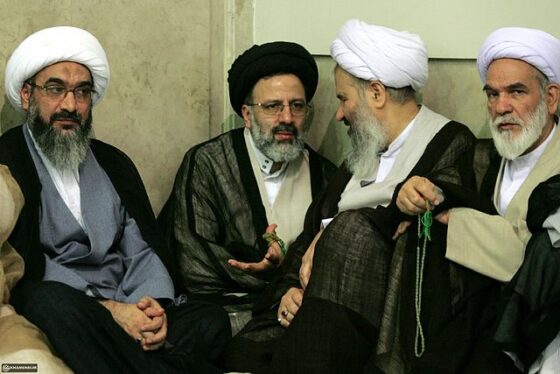 The US invaded Afghanistan in 2001 to overthrow the Taliban regime and al-Qaeda after the 9/11 attacks. Iran opposed the US presence, as it strove (and continues to strive) for regional hegemony. Despite its distaste for the Sunni Taliban, Tehran constantly undermined US efforts to stabilize Afghanistan by collaborating with the extremist group.

Iran and the Taliban (besacenter.org)

The Taliban will find a more favourable international environment in Afghanistan today than when they first took power 25 years ago. With support from neighbouring states, they could stabilise their power. Andrea Schmitz and Christian Wagner outline the conditions.

Just as the Taliban emerged as a political force in Afghanistan in 1994, it became clear very quickly that their relations with their western neighbor, Iran, were for the most part based on mutual hostility. They were each radical extremes of the Sunni-Shiite divide with their political systems claiming that the head of their movement served as the leader of all Muslims. The Sunni Taliban came from the Pashtun ethnic group in Afghanistan, which represented some 40 percent of the population. Shiite Iran was by far the larger state in terms of population with close to 83 million in 2019; Afghanistan, by contrast, had a population of only 38 million in 2019.

Iran and the Taliban: Bitter Enemies or Potential Partners (jcpa.org)

The Taliban’s reconquering of Afghanistan, followed by the ISIS-K terror bombing that killed 13 U.S. military personnel and scores of civilians, underscores the far-reaching implications of the U.S. withdrawal. The mujahideen’s takeover, following a 20-year, post-9/11, U.S. counter-terror campaign against al-Qaeda and other jihadi groups in Afghanistan, has reenergized the global jihad’s slow and determined war against the West.

Taliban fighters atop vehicles with Taliban flags parade along a road to celebrate the U.S. pulled all troops out of Afghanistan, in Kandahar, on September 1, 2021. AFP VIA GETTY IMAGES / JAVED TANVEER

The U.S. is planning more retaliatory strikes against ISIS-K in response to a suicide bombing last week that took the lives of 13 service members. But with no troops on the ground, options for targeting those terrorists are limited.

The U.S. could leverage the connections made during the airport evacuation to work with the Taliban to target their common enemy. However, the Pentagon’s top civilian and military officers seemed split on that approach as they spoke to reporters Wednesday.

‘It’s Possible’ US and Taliban Will Target ISIS-K Together, Milley Says – Defense One

The Taliban insurgents who conquered nearly all of Afghanistan in just two weeks counted social media among their weapons. They deployed Facebook and WhatsApp to help prevail over their opponents on the battlefield. They issued hundreds of premature declarations of victory via Twitter—using spam to amplify their messages and create a sense of inevitability. Their smartphones proved just as handy as their rifles when they entered Kabul on August 15, enabling them to film the first propaganda footage of their occupation.

Before the Taliban took Afghanistan, it took the internet – Atlantic Council

The Taliban proved that they value loyalty when they rejected US and Saudi pressure to hand over Osama bin Laden no matter the cost. The Taliban have since come to appreciate al-Qaeda’s fighting skills and contributions to the Afghan jihadists’ cause, and their return to power seems good news for the Islamist terrorist group.

The Taliban and al-Qaeda: What Next? (besacenter.org)

The effect of visuals has often plagued the West in its war against terrorism. Now, the visual material from Afghanistan is coming to haunt the Islamists in the Middle East. Hamas cannot wax enthusiastic over Taliban when “the man in the street” in Kabul shows such a grim face.

Little Enthusiasm in the Middle East for the Taliban Victory (besacenter.org)