A freelance journalist working for the New York Times will appear in Zimbabwe court on Wednesday, his lawyer and the newspaper said, in a case critics say illustrates the authoritarian nature of President Emmerson Mnangagwa’s government.

Thirty-seven-year-old Jeffrey Moyo spent three weeks in jail last year accused of obtaining fake accreditation documents for two of the US newspaper’s journalists on a visit.

Since becoming the president of Zimbabwe in November 2017, despite repeatedly paying lip service to calls for democratic reform, Emmerson Mnangagwa did little to further human rights and democratic freedoms in the country. Instead, his government deepened Zimbabwe’s economic struggles, enabled endemic corruption, fuelled instability, and targeted opposition figures, rights activists and journalists to strike fear into a restive population.

This is why I was shocked and angered to see him claim in a November 14 article for Al Jazeera that sanctions by the EU and US on Zimbabwe are the main obstacles in front of his government’s progressive agenda.

Sanctions were placed on individuals and entities in Zimbabwe in 2003.

The United States, European Union and United Kingdom imposed them after accusing politicians and entities of human rights abuses and repressing democracy.

But Zimbabwe says the sanctions have led to widespread misery.

But are sanctions to blame for Zimbabwe’s troubles?

When Mthuli Ncube was appointed Zimbabwe’s finance minister in September 2018, the country’s crypto enthusiasts hoped he would walk back some of the restrictions imposed on cryptocurrency trading.

The truly optimistic hoped he would become a champion of digital currencies. 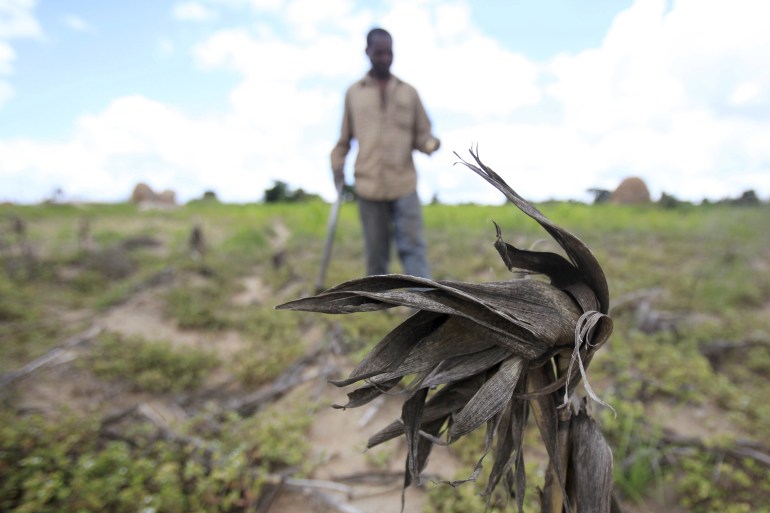 A Zimbabwean farmer walks through his maize field outside Harare [File: Philimon Bulawayo/Reuters]

A decade ago, Lloyd Gweshengwe migrated to Zimbabwe’s Eastern Highlands, lured by the region’s abundant rainfall, fertile soils and good grazing land for his livestock.

In the low-lying, parched areas of Gutaurare area in Manicaland province, where Gweshengwe used to live, rain-fed agriculture was longer sustainable. Recurring droughts would frequently wiped out crops, while clean water sources would dry up.

Parents send their children to school to learn, to become educated and with the hope that eventually they will have a better life than they did. Schools are meant to provide a conducive environment for learning – freedom from violence, discrimination and physical and emotional abuse, well trained teachers, textbooks and curricula free from biases, among other things.

And yet, over half of the world’s children – 1 billion girls and boys – have experienced violence in the past year, with much of that violence taking place in schools. Corporal punishment and violent discipline in schools continue to be pervasive in many contexts.

An estimated 852 million girls aged 15 and older have experienced some form of physical and/or sexual violence in their lifetime, including at the hands of peers or teachers at school.

Data are not systematically collected on sexual harassment, violence and abuse perpetrated in and around school, nor on the impact of school violence on LGBTQI students and those with disability.

The adverse effects of the climate emergency mean that it is critical for the world to accelerate the transition to low carbon technologies to reduce emissions.

The Zimbabwe government is evicting thousands of people from an indigenous minority group from their communal land, Human Rights Watch said today. The order affects more than 13,000 people of the Shangani minority.