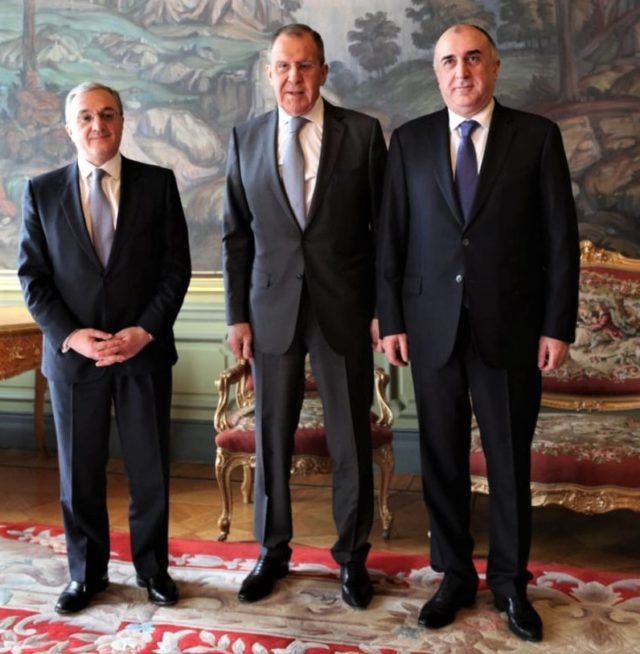 Russian Foreign Minister Sergei Lavrov with his Armenian and Azerbaijani counterparts, Moscow, April 2019 (Source: Azerbaijan MFA)
Over the past two decades, the main international mechanism for resolving the Armenian-Azerbaijani conflict over Karabakh—the Organization for Security and Cooperation in Europe’s (OSCE) Minsk Group—has shown itself incapable of achieving its underlying objective. During the most recent bout of fierce fighting in the region (September 27–November 9, 2020), the format’s two Western co-chairs, the United States and France, effectively sided with Armenia (see Parts One, Two and Three in EDM, November 25, December 1, 3). And while criticizing, instead of welcoming, their North Atlantic Treaty Organization (NATO) ally Turkey’s newfound role in the South Caucasus amidst that war to balance Russia, the US and French statements voiced no objection to (third Minsk Group co-chair) Russia’s instigation and manipulation of the various protracted conflicts in this region, including that over Karabakh.
https://jamestown.org/program/the-minsk-group-karabakh-wars-diplomatic-casualty-part-four/