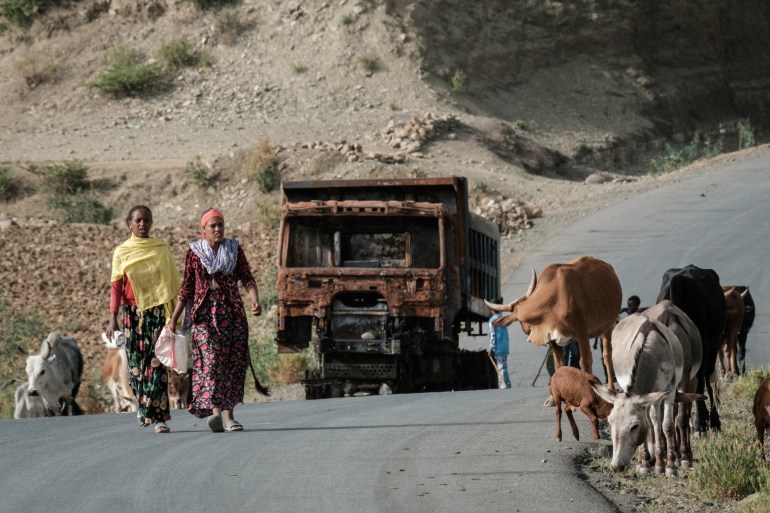 Women walk in front of a burned truck on the road near Dansa, southwest of Mekelle in Tigray region, Ethiopia [Yasuyoshi Chiba/AFP]

Ethiopian and Eritrean troops have raped hundreds of women and girls during the Tigray war, subjecting some to sexual slavery and mutilation, human rights group Amnesty International has said in a 36-page report. Drawing from interviews with 63 survivors, the report (PDF) published on Wednesday sheds new light on a scourge already being investigated by Ethiopian law enforcement officials, with at least three soldiers convicted and 25 others charged.