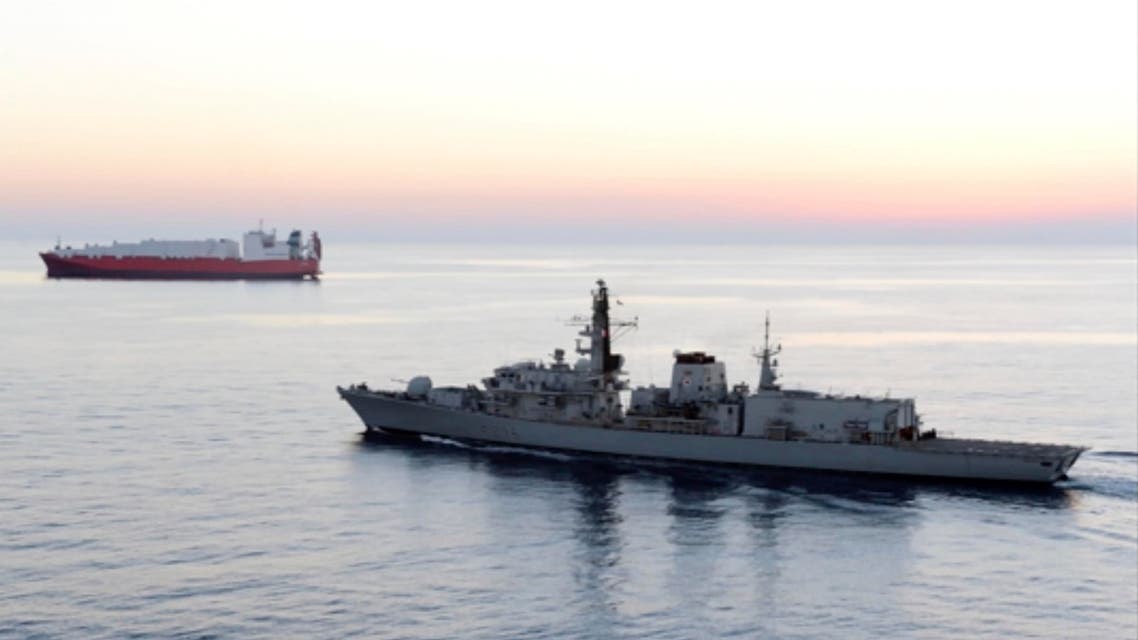 In this image from file video provided by UK Ministry of Defence, British navy vessel HMS Montrose escorts another ship during a mission to remove chemical weapons from Syria at sea off coast of Cyprus in February 2014. (File photo: AP)
Britain is working on a plan to take control of one of Britain’s oldest steelmakers to secure the supply chain for the country’s nuclear submarine fleet, Sky News reported on Saturday.
https://englishbeta.alarabiya.net/en/News/world/2020/12/06/UK-s-Ministry-of-defense-in-talks-to-control-steelmaker-for-nuclear