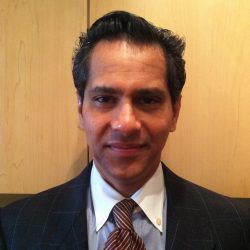 – Which China do you see after the 20th Communist Party Congress?

I see a China that is very similar to the one we knew prior to the 20th Communist Party Congress. For me, the single most important programmatic takeaway from the Congress was its emphasis on continuity – that is, continuity in pursuit of China’s modernization-related goals. China was rocked by a series of external developments that kicked-in barely within a month or two of the 19th Party Congress. In December 2017, the Trump administration’s U.S. National Security Strategy labeled China a revisionist rival and formally re-opened the door to great power competition. In Spring 2018, Section 232 and Section 301 tariffs were imposed on China’s exports to the United States. In May 2019, a technology denials front was opened, including against the telecommunications company Huawei, and which has been exponentially expanded recently with the harsh Advanced Computing and Semiconductors (export control) Rule. Recriminations over the origins of the COVID-19 virus and Vladimir Putin’s sordid war in Ukraine soured ties further. Although President Xi alluded broadly to these setbacks in his 20th Party Congress address, the degree to which the Party has stuck programmatically to the policy direction laid out at the 19th Party Congress is impressive – the deterioration in the external environment, notwithstanding. China will continue to focus on economic expansion-based equity and sustainability, supported by deepening external sector reform and opening up.

That said, it is also undeniable that there has been an extreme centralization of power in the hands of Xi Jinping. Policy direction can change on a whim, bad decisions will not be challenged, and the overall state of China’s domestic politics sits awkwardly with its engagement with the wider world.

– Between ‘black swans’ and ‘grey rhinoceroses’, is China on the road to political-strategic sustainability?

China’s one-party system has displayed immense genius in navigating the reform and opening up pathway over the past 40 years. So, one must be wary with regard to betting against the Party’s ability to pursue its foreign policy agenda and domestic modernization goals over the next 30 years. That said, China’s reform and opening up success benefited from a benign external environment. That environment has become much cloudier over the past half decade. Additionally, the ‘late-developer’ East Asian growth model (which fits the description of China’s rise) has tended to underperform once countries hit middle income levels and need to transition to a more consumption and services-oriented economic structure. At minimum, these states became more democratically minded as their leaders catered to the equality, opportunity and welfarist inclinations of its citizens. It remains to be seen if China can make the structural transition from high-speed growth to higher-quality socio-economic development while also becoming more – not less – regimented domestically in the backdrop of a darkening global environment. Xi Jinping’s focus on stability and regime preservation at all costs will compound these challenges. As I said, it is dangerous to bet against the Communist Party of China (CPC) accomplishing its development and foreign policy goals. But in the same breath I will say that the task is a very steep one – and one that even the CPC might fail to accomplish. Success will not come easily, and it is certainly not guaranteed.

– Many analysts write about a new ‘cold war’ between China and the US. How will the relationship between the two major global players evolve, especially in the field of technological research?

I believe a new ‘cold war’ is already underway but in a different shape and form. In this instance, the new ‘cold war’ is playing itself out in the geotechnology area. ‘Selective decoupling’ between the U.S. and China is already set in stone in a number of critical – or as National Security Advisor Sullivan called “force multiplier” – industrial sectors. These include advanced manufacturing and advanced computing and microelectronics; biotechnology and biomanufacturing; and clean energy commercialization-related technologies. There will be no going back to the state of market exchange that existed in these industries even five years ago for the next 25 years. Whether this ‘cold war’ in geotechnology will bleed into bloc-based economics and, worse, ‘extreme (geostrategic) competition’ in the Indo-Pacific with the Taiwan Question at its forefront, remains to be seen. If it does, at that point we will face a full-blown new ‘cold war’. At this time, the United States and China seem just-about capable of managing their differences in the economic and national security areas. But there has been a significant loosening of the guardrails which had kept the relationship on a more-or-less even keel, until a few years ago. The chances that the U.S.-China relationship could veer in a dangerous direction on a short timeline cannot be discounted anymore. In fact, if the Republicans capture the White House in 2024, we could be staring at this situation by the mid-to-latter part of this decade itself.

– Despite the strategic confrontation, some plans for collaboration between China and the US are necessary, particularly with regard to climate change. What realistic prospects do you see?

The realistic prospects are low at this time. The two sides – and especially Washington – seem happy to engage in ‘talking the talk’ on strategic collaboration. But when it comes to ‘walking the talk’ on collaboration, somehow the pious intentions never seem to translate into action. By labelling clean energy technologies as a “force multiplier” technology, the Biden administration has effectively ensured that it is seeking to construct a non-China originating or dependent supply chain in the area of green technologies. Of course, there are broader policy areas in the climate change space where the two sides could yet collaborate. But the ‘selective decoupling’ signal from the White House even on the climate change issue is a disheartening – although not unsurprising – one. China is not blameless either. It could easily have imported potent mRNA vaccines to accelerate its exit from the COVID lockdowns and thereby provide a stimulus to global consumption and growth. But just as dishearteningly, it would rather dwell in vaccine nationalism and empty bilateral talk of public health cooperation.

Looking ahead however, a (small) window of opportunity may open up in U.S.-China relations if President Joe Biden is successful in his reelection bid. Second-term Democratic Party presidents during the post-Cold War period, from Clinton to Obama, have managed to author successful relationships with their counterparts in Beijing. And with Biden and Xi sharing past history of interaction and productive engagement, an opportunity to stabilize ties even in this ‘new normal’ in U.S.-China relations could yet open up, post-2024. But November 2024 is still a long time away!