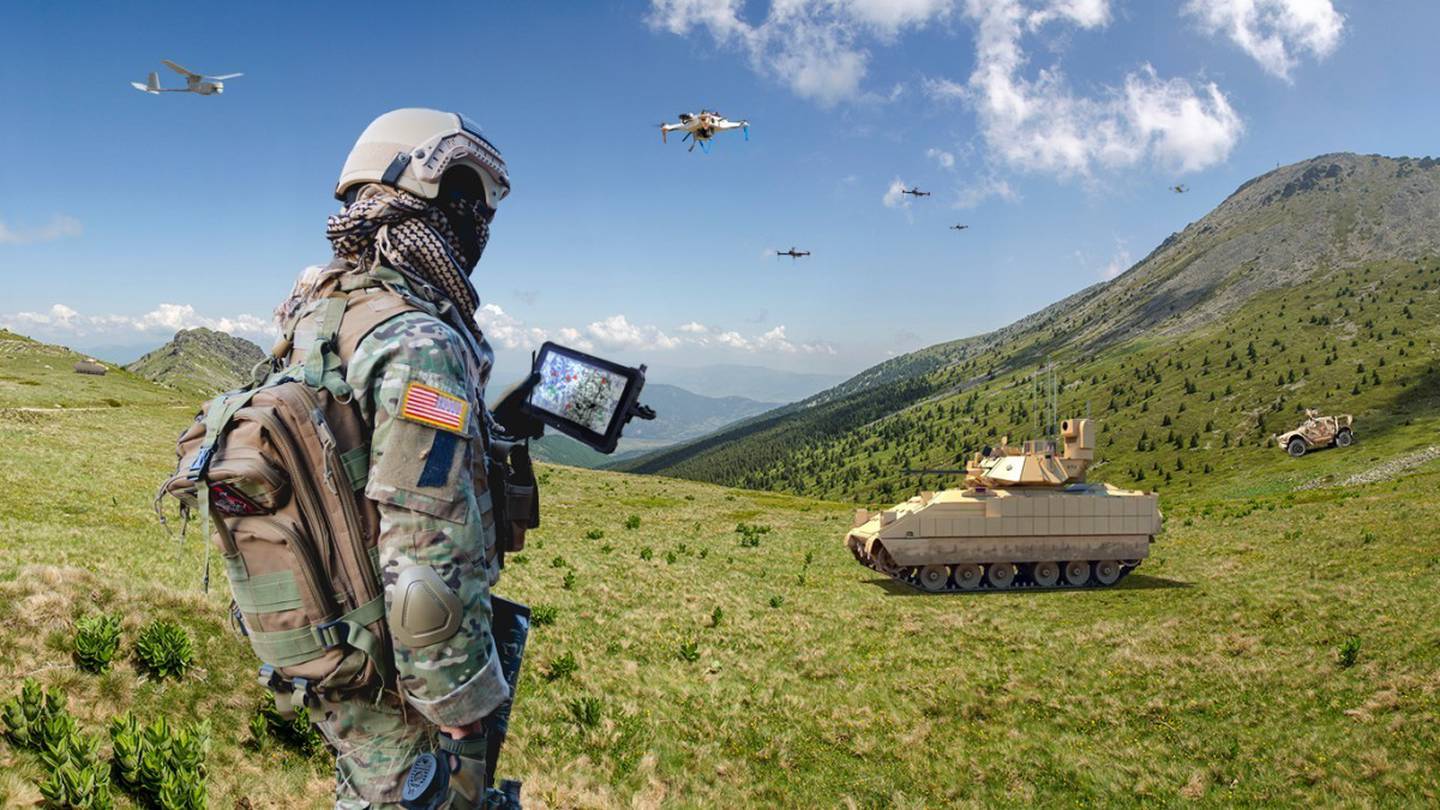 The Army expects it will need a range of AI-enabled systems to operate on the future battlefield. (Illustration by T’Jae Ellis/U.S. Army) (Army Research Laboratory)

Army Futures Command has outlined 11 broad areas of artificial intelligence research it’s interested in over the next five years, with an emphasis on data analysis, autonomous systems, security and decision-making assistance. The broad agency announcement from the Austin, Texas-based command comes as the service and the Defense Department work to connect sensors and shooters across the battlefield. Artificial intelligence will be key in that effort by analyzing data and assisting commanders in the decision-making process.