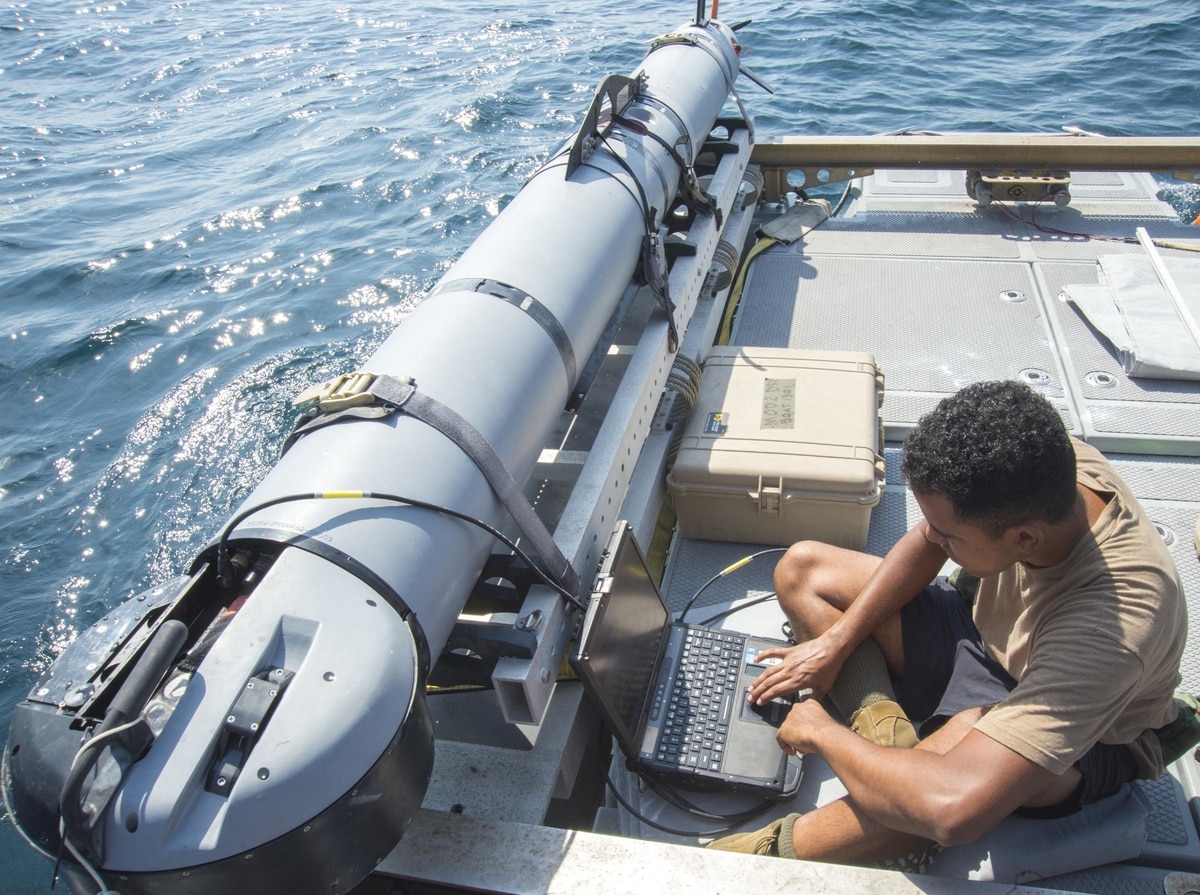 The U.S. Navy is “well on its way” to delivering a replacement small unmanned underwater vehicle for mine countermeasures and is in source selection for a replacement medium UUV that will support both the submarine and the explosive ordnance disposal communities. The Mk 18 Mod 1 Swordfish and Mk 18 Mod 2 Kingfish date back to the late 1990s and 2000s. The former is a 150-pound small UUV that could be carried in and out of the water by a couple sailors; the latter is a 600-pound medium UUV primarily launched and recovered from a rigid-hull inflatable boat. The pair can be used for mine countermeasures and ocean survey, and the popular expeditionary mine countermeasures company (ExMCM) was built around an unmanned systems platoon that uses both vehicles.